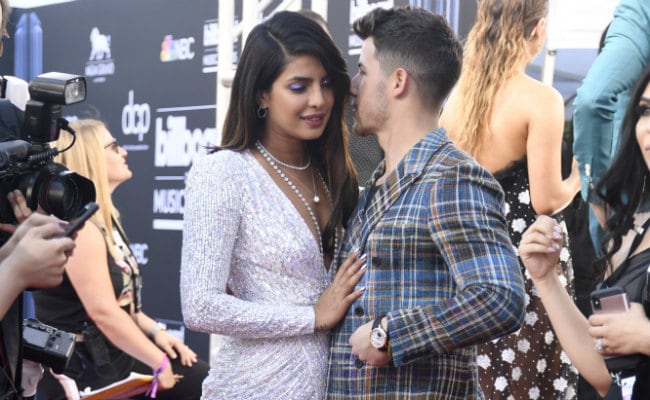 The tales of Priyanka Chopra and Nick Jonas' PDA will be remembered for a long time. For example, at the Billboard Music Awards in Las Vegas on Wednesday night (Thursday morning in India), Nick Jonas sneaked in a little kiss to while he was performing in the audience arena. So here's how it happened. In viral videos on social media, we can see Priyanka Chopra, Sophie Turner and Danielle Jonas cheering for The Jonas Brothers as they took their performance to the stands with some Cake By The Ocean. Nick and Priyanka reached for a perfectly coordinated kiss as he brushed past her and she couldn't stop giggling.

And now, neither can't Twitter. But first, here's Nick and Priyanka making your heart aflutter.

Netizens can't get over Nick and Priyanka's PDA as the posted comments such as: "I'm dead. They are so cute!", "I still can't recover from when Nick and Priyanka kissed", |Nick Jonas kissing wife Priyanka Chopra during the Jonas Brothers performance is couple goals", "Nick kissed Priyanka in the middle of their billboard performance and I'm not ok", "Nick kissing Priyanka is the cutest and the purest thing I've seen" and many others.

Nick is out there showing his love for Priyanka to the world, kissing her on his way to the stage

NICK KISSING PRIYANKA IS THE CUTEST AND PUREST THING IVE EVER SEEN pic.twitter.com/xSJk35LMOa

As if that was not enough that Priyanka and Nick started filling up their Instagram diaries with adorable moments from the BBMAs. Aww.

The Jonai in Vegas.

Priyanka Chopra and Nick Jonas made a head-turning appearance on the Billboard Music Awards red carpet - she, sparkling like a diamond in a Zuhair Murad gown (her Oscar favourite) and he in a checked coordinated suit set. 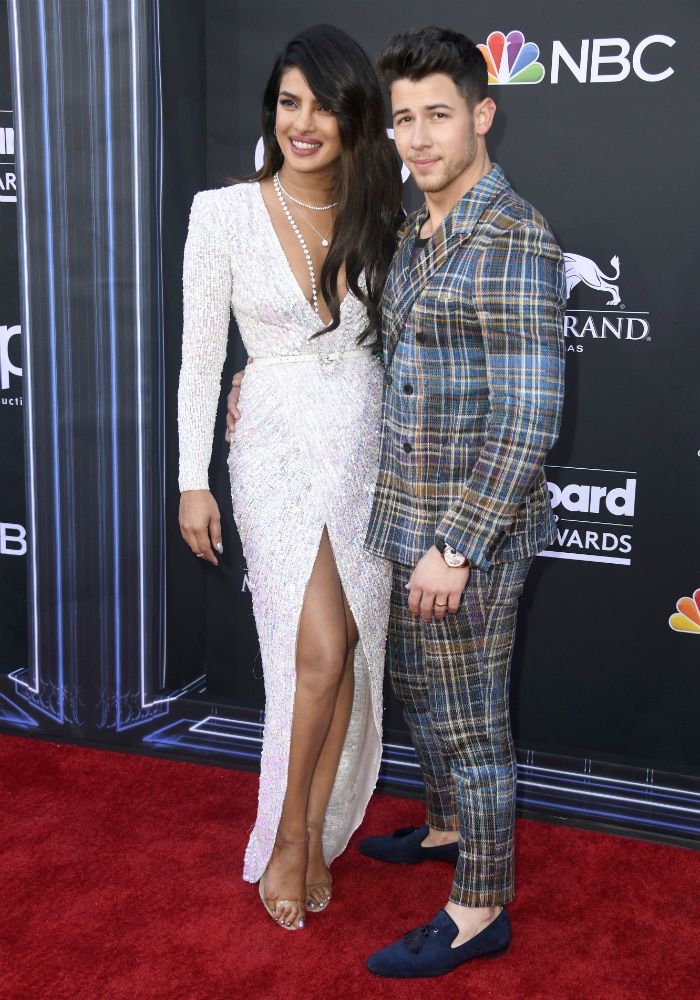 Priyanka is a Tiffany girl, wowzaa.

Joe Jonas' fiancee Sophie Turner, in a metallic romper, arrived with her co-presenter for the night Tye Sheridan. 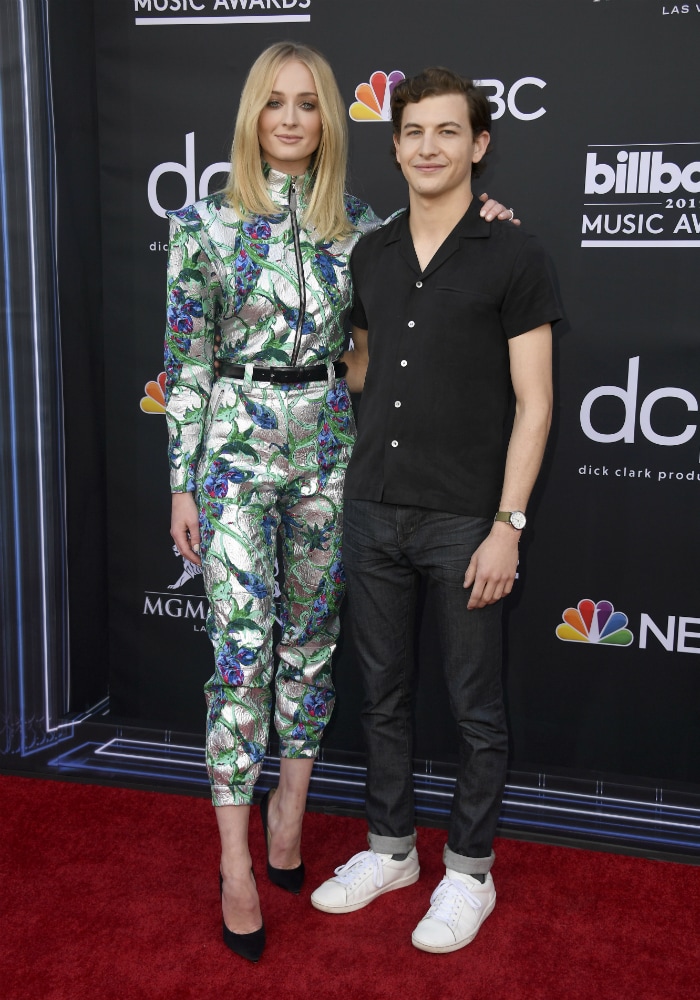 Kevin Jonas and his wife Danielle also made for some very adorable loved up photos on the red carpet. 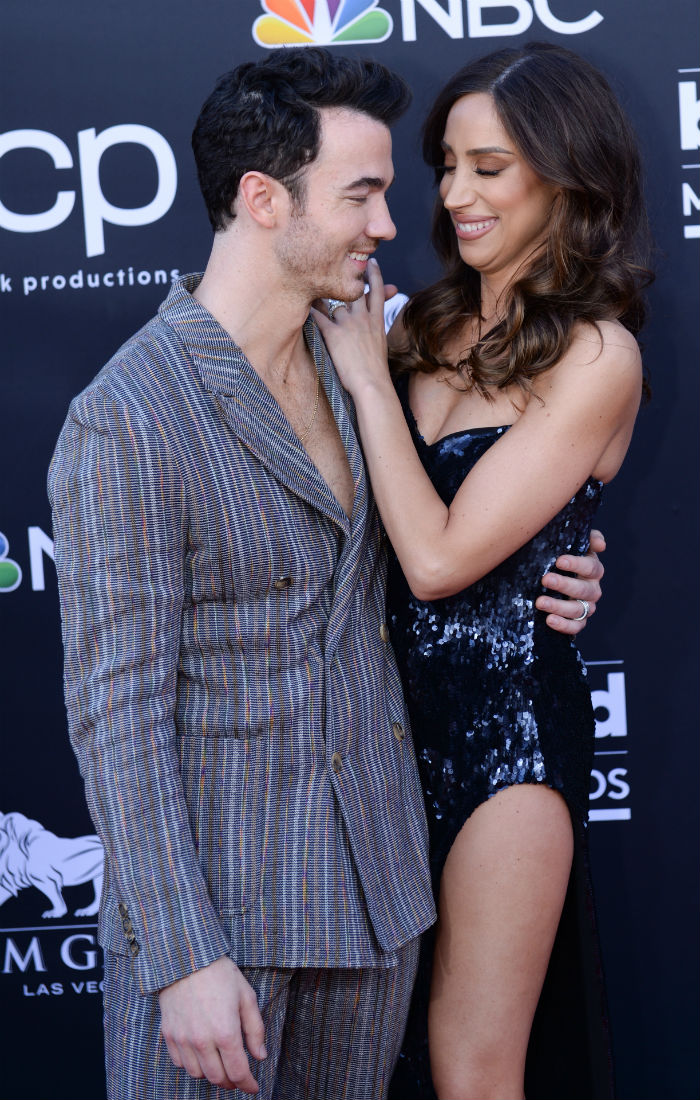 Meanwhile, here's how The Jonas Brothers set the BBMAs stage on fire, literally. 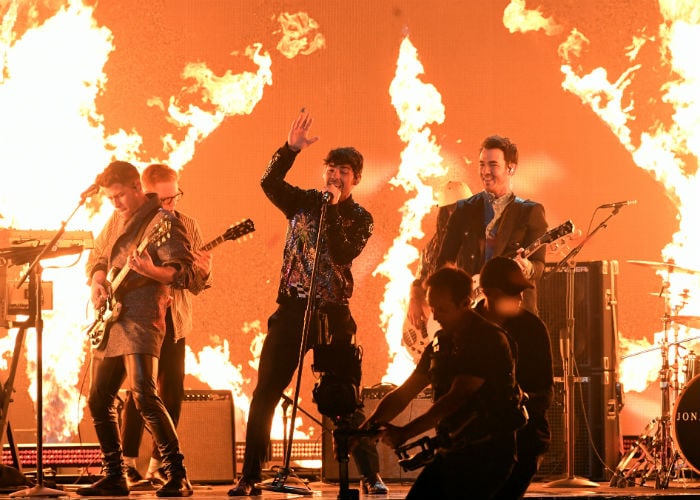 Priyanka Chopra and Nick Jonas married in December last year and are expected to head to the Met Gala next Sunday.