Raqesh Bapat came up with a heart-touching response and said: "I think I would like to paint her standing by the beach" 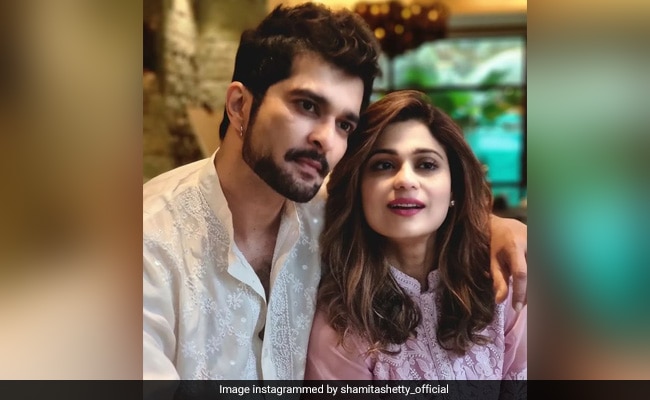 Shamita Shetty was asked to described Raqesh Bapat in three words when she said: "Deep, passionate and introvert." When it was Raqesh Bapat's turn to talk about Shamita, he said: "Warm, cute, very caring," and added: "I think there are many attributes to her, I don't think I can pick just three."

Shamita Shetty and Raqesh Bapat, who joined Bigg Boss OTT as each other's "connections", bonded on the reality show. They had their fair share of misunderstandings but opened up about their feelings for each other eventually. Shamita Shetty and Raqesh Bapat haven't assigned a tag to their relationship yet but their their off-screen rapport says it all.