Bigg Boss' Monalisa Loves Pranking Co-Stars On The Sets Of Nazar. She Has A Favourite 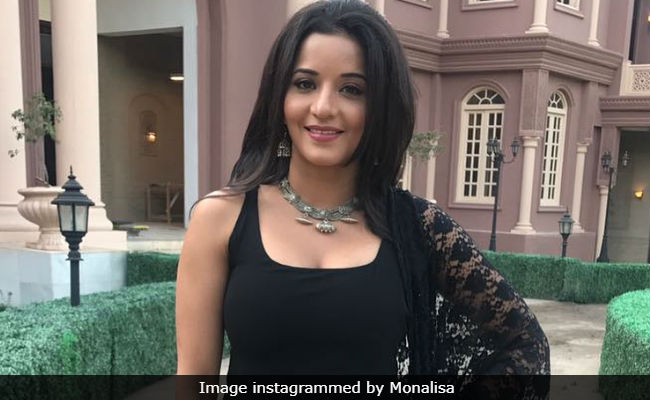 Monalisa on the sets of Nazar. (Image courtesy: Instagram)

Bigg Boss 10 alumna Monalisa (Antara Biswas) who plays the negative role in TV show Nazar, told news agency IANS that loves to prank her co-stars, especially Harsh Rajput, who plays her onscreen son in the horror television show. Monalisa, who plays the role of a 200-year-old daayan in the show, says she used her scary 'daayan laughter' to scare Harsh on the sets and it worked out well for her. "I love playing pranks on set, especially on Harsh Rajput. I switched off the lights on the set while he was shooting and when everyone wondered how it happened, I stood behind Harsh and used my 'daayan' laughter to scare him," Monalisa told IANS.

"Not only did it startle him, but he also did not turn back to see who it was and kept on walking ahead. Only when the lights got turned on, Harsh realised it was me and cracked up knowing that I played a prank him," she added.

Monalisa has starred in several regional films including over 100 Bhojpuri films and she has featured in special songs in Bollywood films such as Ab Bas!, Bunty Aur Babli and Blackmail.

In 2016, she featured as one of the contestants in Bigg Boss 10, which made her a household name. In January 2017, Monalisa famously married her boyfriend Vikrant Singh Rajpoot inside the house.