This is going to be big indeed 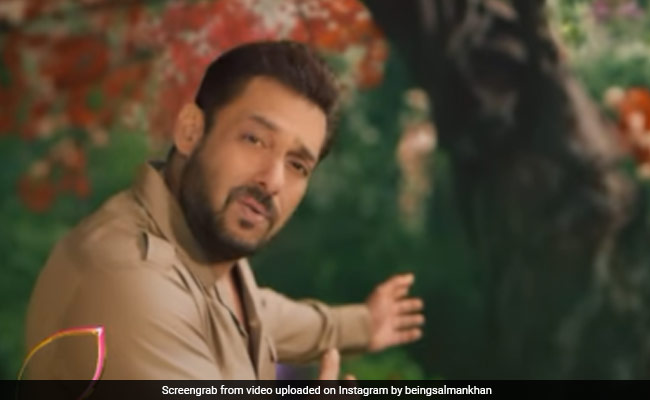 Salman Khan in a still from the video. (courtesy beingsalmankhan)

The makers of popular TV reality show Bigg Boss 15 unveiled the show's first promo, featuring Salman Khan and Rekha's voiceover. Yes, you read that right. Salman Khan, who has been hosting the show for quite some time now, posted the brand new promo on his Instagram profile. The promo begins with Salman entering a jungle, where he comes across a mystical tree and he hears Rekha's voice singing her popular Umrao Jaansong Yeh Kya Jagah Hai Doston. Salman says, "Yahi mera sawaall hai, that is what I am asking." It is followed by a voiceover by Rekha, where she asks, "Salman, pehchana (Salman, did you recognise me)?" Salman Khan introduced her as 'Vishwasuntree' (pun intended).

Bigg Boss 15 will be Salman Khan's 12th season as the show's host. Other than Salman Khan, stars like Amitabh Bachchan, Shilpa Shetty and Arshad Warsi have hosted the show. The last season was won by TV actress Rubina Dilaik, while singer Rahul Vaidya was the first runner-up of the show.

Earlier, Salman Khan announced that the new season of the popular TV reality show will first stream on OTT platform Voot, six weeks before it airs on television. Salman Khan also added that he will be hosting the show on Colors TV (the channel on which the show airs). The OTT version is hosted by filmmaker Karan Johar on Voot.