"I was bankrupt... That's why I ignored all this," said Rashami when asked why didn't she complain about Sidharth 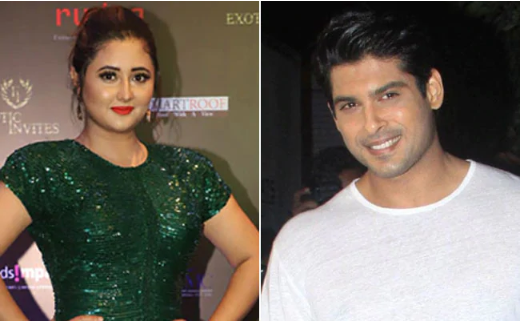 Bigg Boss 13 contestants Rashami Desai and Sidharth Shukla have occupied top spots on the list of trends on Tuesday, courtesy Rashami's recent revelation about her working experience with former co-star Sidharth on daily soap Dil se Dil Tak. In the latest episode of Bigg Boss 13, the television actress revealed that Sidharth Shukla was very abusive on the sets of the daily soap and he used to address her in a bad manner, reported news agency IANS. Talking to her boyfriend Arhaan Khan in the house, Rashami stated that Sidharth was even thrown out of the soap twice due to his abusive behaviour, reported IANS.

However, when Arhaan asked her why she didn't complain about Sidharth's abusive behaviour at that time, Rashami cited her financial crisis as the main reason. She told him: "I was bankrupt. I had loans to pay back. I did not have a house. That's why I ignored all this," she was quoted as saying by IANS.

For those who don't know, Kaala Teeka actor Rohan Gandotra had replaced Sidharth Shukla on the show, which aired from January 2017 to June 2018.

From the first day on the reality TV show, Rashami Desai and Sidharth Shukla have been targeting each other. The duo, every now and then, talk about their horrible past experiences of working with each other. Rashami and Sidharth were also rumoured to have dated each other for quite some time.

On the work front, Rashami Desai has also featured in shows like Raavan, Uttaran, Haunted Nights and Ishq Ka Rang Safed to name a few.