Nobody was evicted in tonight's episode of Weekend Ka Vaar 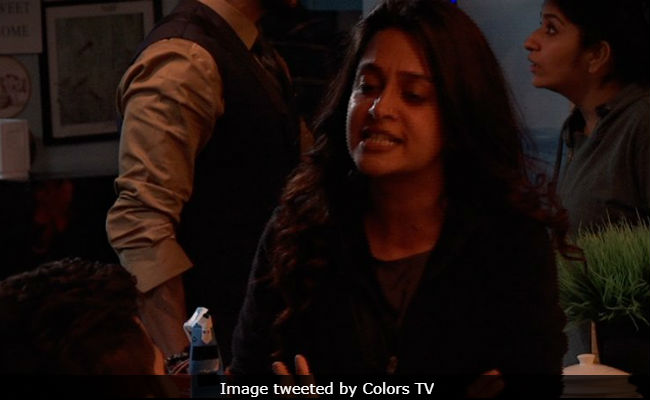 Tonight's episode of Bigg Boss 12's Weekend Ka Vaar was an interesting one. It wouldn't be wrong to term the episode as a roller coaster ride. There was good news for all the housemates, especially for the nominated contestants as nobody was evicted in tonight's episode. The contestants didn't see this coming and were surprised with this change of plans. However, things were not all happy-go-lucky as a major fight broke out between Romil Choudhary and Dipika Kakar. The major reason for the fight between the two contestants was when Romil and Srishty Rode said a condescending personal comment about Dipika's relationship with Sreesanth, which clearly didn't go very well with her. After Dipika, Romil and Srishty's aggressive fight, Srishty got extremely emotional and Karanvir Bohra, like a good friend tried to console her.

.@ms_dipika is enraged as #RomilChoudhary and @SrSrishty make a personal comment about her relation with @sreesanth36. Will the fire be put out? Watch tonight at 9 PM. #WeekendKaVaar#BiggBoss12#BB12pic.twitter.com/WvZWg0yhqv

The episode began on a lighter note, when Farah Khan entered the house. Before Farah entered the house, show's host Salman Khan asked her about her perspective towards all the contestants. Farah termed Deepak Thakur as the "Kattappa of the house." That's not it, Farah even schooled S Sreesanth about his behavior and told him that he is extremely aggressive in certain situations. Rohit Suchanti was tagged as the most flirtatious member of the house by all the housemates.

Sunday episode is incomplete without a Sultani Akhada round and in tonight's episode Jasleen Matharu battled it out with fellow contestant Srishty Rode. Jasleen claimed that Srishty never expresses her point of view. Jasleen emerged victorious in today's task. In tomorrow's episode, the nomination process will take place. It will be interesting to see, which of the contestants will be safe from the nominations in tomorrow's episode? Watch this space for more Bigg Boss 12 updates.