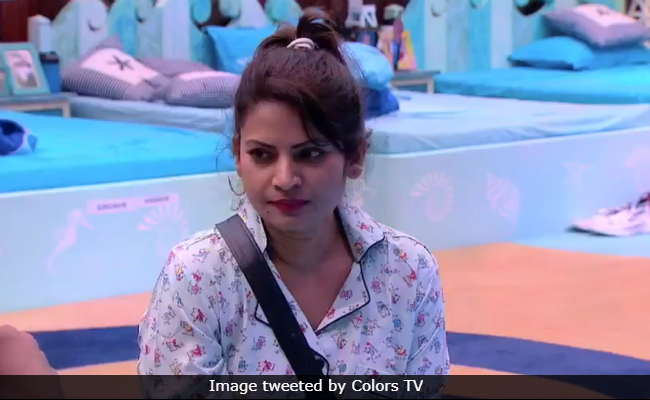 There's a lot happening in theBigg Bosshouse at the juncture. This week's captaincy task, titled 'BB Poultry Farm Task,' brought out the worst facet of all the contestants' personalities. As seen in yesterday's episode, all the contestants moved in full throttle to secure their positions from evictions, even if it cost them their friendship. In tonight's episode, Megha, one of the aspiring captains, will be one very housemates' hit list. As shown in the video shared on the official Twitter account of Colors TV, all the contestants will be seen plotting against Megha, who doesn't share a cordial relationship with any member of the house. However, the wild card contestant will be seen making several attempts at making Karavir Bohra understand that he needs to play a stronger game to survive in the house.

Going by the promo video shared on the official Twitter page of Colors TV, seems like Karanvir Bohra will find a friend in Megha Dhade. The duo will be seen bonding during the final captaincy task. Karanvir Bohra, who initially shared a great equation with fellow contestants Sasural Simar Ka actress Dipika Kakar and cricketer S Sreesanth, was abandoned by them and was seen getting emotional. He was even teased by fellow contestants Surbhi Rana and Deepak Thakur, for being dumped by his friends.

As a part of this week's captaincy task, all the contestants had to collect eggs from a hen, which was placed near the swimming pool area. In exchange of the eggs, the contestants could purchase effigies of their competing contestants from a shopkeeper, which they then had the option to throw in a crusher at any point of time, in order to cut down the competition.

Tonight's episode of Bigg Boss 12 can be described as a roller-coaster ride. A lot of tears will be shed and sudden bouts of frustration will also be expressed openly in the task, It will be interesting to see if the captaincy task will ruin the relationship between the so called friends in the house.