Bigg Boss 11: The gharwale gave their best in the 'BB Day Care' task 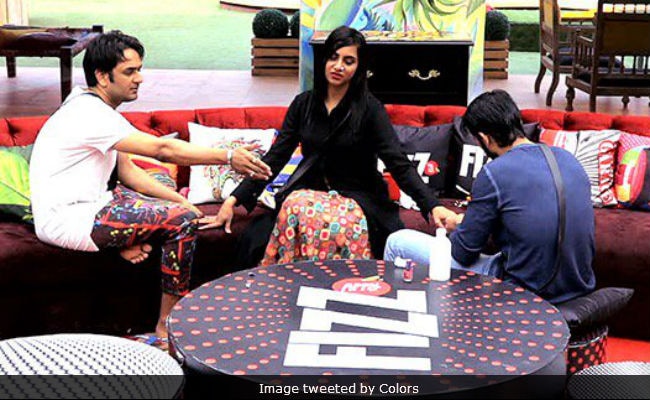 Bigg Boss 11: A still from the show. (Image courtesy: Colors )

New Delhi: In today's episode, the gharwale woke up to Chota Bacha Samajh Ke Humko (can you guess, what's the task?) Bigg Boss gave a super interesting yet bacho waala task. Hiten Tejwani shared the rules and details of the captaincy task: Contestants turned baby sitters and had to take care of the little ones as part of 'BB Day Care.' Each housemate was given a baby-like doll to take care off for the entire day; wherein the doll was a miniature of another contestant of the house. Complete with diapers, milk and prams, the contestants were armed with everything that was needed to take care of the babies.

Apart from taking care of the baby, the gharwale also had to race to a parking lot created in the lawn area and the one to reach last would get eliminated from the task; thus also discarding the person who's doll they would be holding.

The contestants had fun in the task but Arshi turned violent and dipped her baby, which featured Shilpa Shinde's face, in the water. All the gharwale gave their best in the baby sitting task. Priyank Sharma lost in the first round and hence became the sanchalak of the task. Also Puneesh, whose face featured on Priyank's doll, got eliminated from the captaincy task.

Arshi lost next and hence Shilpa also lost in the race to captaincy. The task became intense as every housemate paddled their prams to the garden parking area. Planning and plotting started and Akash said "I am done." Unfortunately, because of Akash, Hiten Tejwani lost his captaincy: "You lost like a looser Akash," said Hiten.

Arshi got disheartened when friend Vikas Gupta denied to support Arshi. Arshi pointed out Bandgi Kalra and felt heartbroken. Puneesh and Vikas are one team and this left Arshi disappointed. Arshi Khan wanted to be the new captain of the house while Vikas proclaimed that she doesn't deserve to be a captain.

Keep reading this space for more updates on Bigg Boss 11.