"When all of us went to the mall for a live poll, whatever happened to Hina, I doubt if I have any chance," said Vikas Gupta 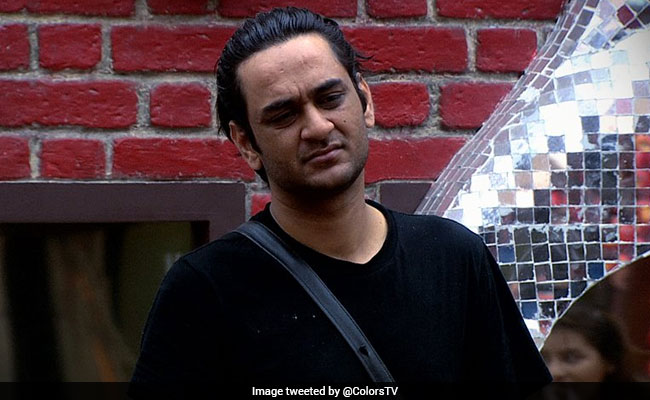 New Delhi: Bigg Boss 11 has only a few days left to the finale and just five contestants in the house. Vikas Gupta, Hina Khan, Shilpa Shinde, Puneesh Sharma and Aakash Dadlani have reached the top five but all of them remains nominated as per Bigg Boss' dictate. Vikas Gupta, who has remained strong in the game so far, said recent events sort of stirred his confidence about winning or event being in the top three. At the recently held media interaction inside the hose, Vikas was asked if he sees himself as the winner and he said: "Well, I knew I am not a celebrity like these actresses here, so I have no fan following. I (thought I) might just survive for a month. But then with the constant support of the audience, I have reached to top five," IANS quoted him as saying.

The Bigg Boss 11 contestants interacted with fans and followers at a mall recently, where Hina Khan got mobbed and her hair pulled. Vikas said witnessing Shilpa and Hina's crazy fan following has left him intimidated to an extent. "When all of us went to the mall for a live poll, whatever happened to Hina, I doubt if I have any chance. With my game plan, strategy and smart play, I was thinking that I would be reaching on top two, if not the winner."

The housemates are greeted by members of the media in the activity area. Watch what is happening only on #BB11. pic.twitter.com/YsAANilZTU

Vikas said he was confident before but now he thinks that he's "losing the ground there." About co-contestant Shilpa, he said: "I went to the mall along with other participants and realised how strong a base of fan-followers Shilpa Shinde has. That was an eye-opener for me. Like Salman Khan sir said once that the last two weeks of the show is in the hands of the public," reports IANS.

Promoted
Listen to the latest songs, only on JioSaavn.com
The Bigg Boss 11 finale is over the weekend. Are you looking forward to it? Tell us in the comments below. Watch this space for more updates on Bigg Boss 11.