Bigg Boss 11 December 6: Aarshi warns Hina that Vikas Gupta is pulling the strings and that Hiten Tejwani is his partner in crime 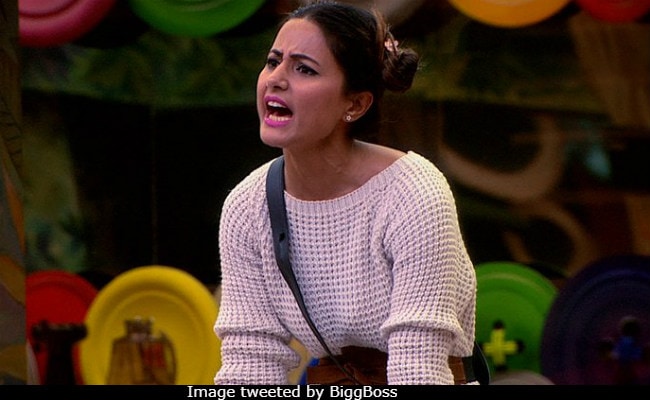 New Delhi: Wednesday's episode on the Bigg Boss 11 will continue with the captaincy task in motion. Bigg Boss introduced a rather interesting task this time - the contestants have been equipped with dolls (which are actually baby figurines of the contestants) and they have double up as full time baby-sitters, with intermediate tasks in between. Monday's episode saw Priyank Sharma and Puneesh Sharma lose the race while the rest of the contestants will take on from where they left on tonight's episode. The race for captaincy was really strong between Hina and Aarshi and on tonight's episode, Hina will take the battle head on.

Aarshi, however, warns Hina that Vikas Gupta is pulling the strings and that Hiten Tejwani is his partner in crime. Hina lashes out at Hiten and Vikas, saying: "Kaun hota hai yeh hume captain banane wale.. hum apna game khelte hai, tum apna game khelo." Hina appears desperate to win and says Hiten should not blindly go by Vikas Gupta's words and instructions. It's Vikas actually who manipulates the situation and gets Hiten, Hina and himself embroiled in a fighting.

Arshi Khan tells the housemates that @lostboy54 is ruling the house at the moment! Catch the drama unfold tonight at 10:30 PM. #BB11#BBSneakPeekpic.twitter.com/jRcX8uq5ep

Hiten refuses to help Hina in the task while Hina she says she's glad that finally Hiten has shed his facade - tele watchers will see Hiten's "real face now, not reel," she says.

Promoted
Listen to the latest songs, only on JioSaavn.com
Priyank and Luv will also have a fight after Priyank says that that he and Luv are no longer friends. A heated conversation later, the duo will decide to stay away from each other.

Now, with Hina Khan and Arshi Khan as the remaining participants in the task, who do you think will be the next captain of the house? Tell us in the comments below.