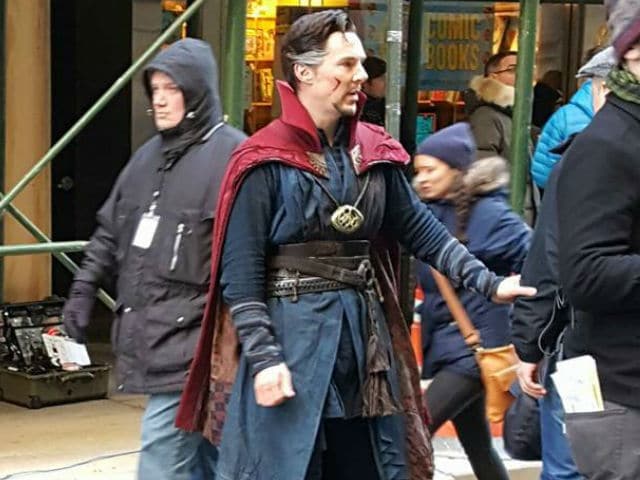 This image was posted on Facebook by JHU Comic Books

Los Angeles: Actor Benedict Cumberbatch visited a comic book shop dressed as Doctor Strange. The 39-year-old British actor, who was in New York, took some time off to visit the store.

In one he posed with the store's manager:

So, the Doctor just came in for a quick visit. #drstrange #benedictcumberbatch

In another he was spotted 'out front':

Marvel Entertainment also posted a picture of The Imitation Game actor holding a Doctor Strange comic book and captioned it:

One never knows when the Master of the Mystic Arts will stop by! Thanks, @jhuniverse! #DoctorStrangepic.twitter.com/z89MMlf276

Director Scott Derrickson too shared an image from the shop.

And this picture with actor Chiwetel Ejiofor, who plays the role of Karl Mordo in the film:

Doctor Strange will hit the theaters on November 4.