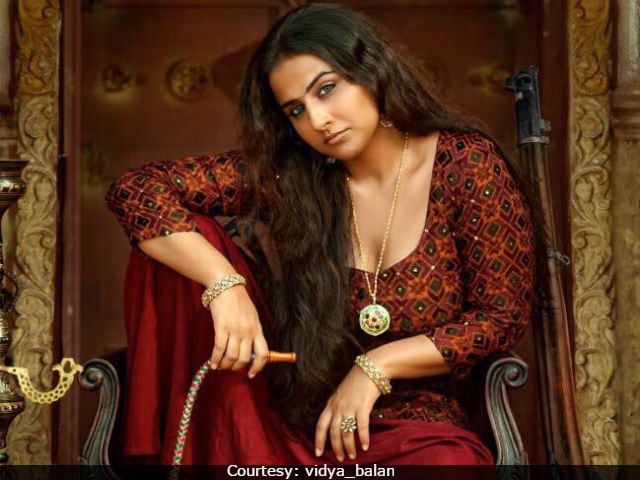 New Delhi: Actress Vidya Balan, who is known for playing strong women-centric films, introduced her 'family' to everyone on the occasion of International Women's Day 2017. Vidya, 38, unveiled the second poster of her upcoming film Begum Jaan, where all the characters are introduced. Her tweet read, "Celebrating my family this Women's Day - here's #BegumKiJaan!" Begum Jaan is the Hindi adaptation of 2015 Bengali film Rajkahini, which dealt with partition. The first poster of the film was released earlier this week and the trailer will be out on March 14, tweeted Vidya. Written and directed by Srijit Mukherji, Begum Jaan also stars Gauhar Khan, Pallavi Sharda, Ila Arun, Naseeruddin Shah, Chunkey Pandey and Rajit Kapoor in pivotal roles.

Check out the second poster of Begum Jaan:

Celebrating my family this Women's Day - here's #BegumKiJaan! Trailer out on March 14. pic.twitter.com/Gce9LTBR05

Vidya Balan absolutely ruled in the first poster of the film as the madam of a brothel sitting with a hookah in her hand. The tag line of the poster reads: "My Body. My House. My Country. My Rules.

Promoted
Listen to the latest songs, only on JioSaavn.com
Speaking at an event on Women's Day, Vidya told news agency PTI that the movie was a "labour of love". The Kahaani actress said, "Only Kolkata can be the womb for such a film which resonates with Srijit Mukherjee brand of film-making."

Vidya Balan plays the title role of a brothel owner in Punjab during the Partition of 1947. In the original movie, the lead role was played by Rituparna Sengupta. Begum Jaan is produced by Mahesh and Mukesh Bhatt and is slated to release on April 14. Vidya Balan's last release was 2016's Kahaani 2: Durga Rani Singh. The actress will also be seen in Tumhari Sulu later in 2017.