"A film that was born in my heart and mind 15 years ago," wrote Karan Johar 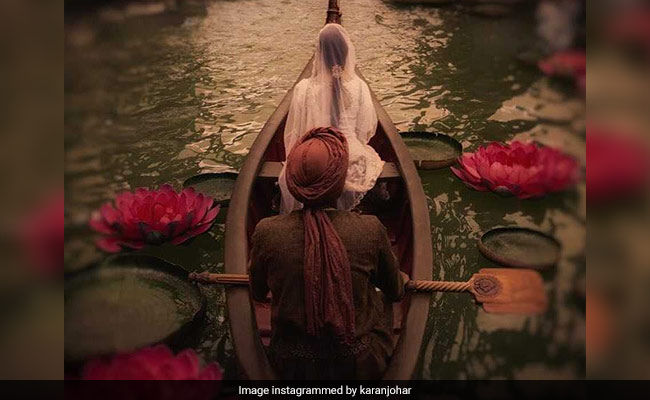 Karan Johar, who has produced Abhishek Varman's Kalank, quenched the curiosity of fans to some extend by sharing an update about the forthcoming film, starring Alia Bhatt and Varun Dhawan in the lead roles. KJo posted a picture on Wednesday night, which cannot be called a first look per say, but he did share the story behind the film's origin. In his post, the filmmaker described Kalank as a film that was born in his "heart and mind 15 years ago." In his post, Karan revealed that Kalank was his late father Yash Johar's dream project and wrote: "The last film my father worked on before he left us. It was his dream to see this film come through."

In his post, KJo also revealed that the film, which has been "woven, nurtured and visualised" by Abhishek Varman, is set in the Forties. He cryptically hinted that the film's first look will be unveiled on Thursday. He added, "Tomorrow the journey begins... I am excited, anxious and emotional about this one. I do hope you join us on our path to undying love."

Meanwhile, Karan Johar and the entire cast of Kalank, shared another update on their respective Instagram accounts and wrote: :Kalank unravels from tomorrow."

The period drama went on floors in April last year and the film's final schedule was wrapped in January this year. Kalank is scheduled to release on April 19 this year.