Bambai Mein Ka Ba: Is There Anything Manoj Bajpayee Can't Do? He Raps In New Bhojpuri Song

The Bhojpuri song has been directed by Anubhav Sinha 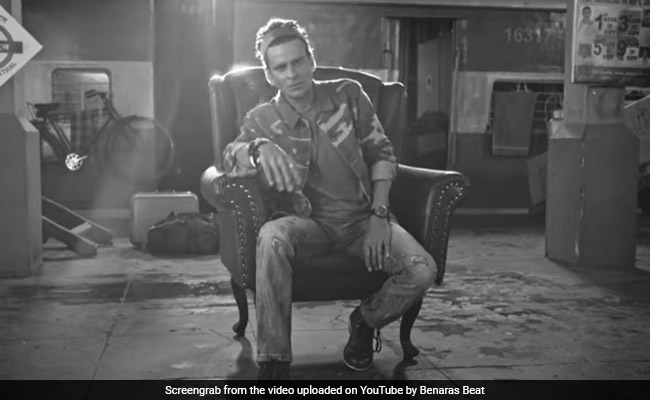 Manoj Bajpayee now sports a new hat - that of a rapper. His much-anticipated Bhojpuri rap song titled Bambai Mein Ka Ba dropped on the Internet on Wednesday and it talks about migrant workers who come to Mumbai - the city of dreams - to earn a living. The Bhojpuri song, directed by Anubhav Sinha, marks Manoj Bajpayee and the filmmaker's collaboration after 26 years (more on that later). Bambai Mein Ka Ba is about the struggles of migrant workers who leave their villages and move to cities to earn a better living for the sake of their families. The rap song also shows Manoj Bajpayee lip-synching to the rap at Mumbai central station.

The song has been written by Dr Sagar while Sankarshan Thakur has penned down the English lyrics for it. Anurag Saikia has composed the music for the song and it has been produced by T-Series.

Taapsee Pannu, who has co-starred with Manoj Bajpayee in Naam Shabana and worked with Anubhav Sinha in Thappad, was all praise for the new track. She tweeted: "Seen it thrice and now I'm gonna be humming it for a few days unintentionally. How cool this sounds! I think make a few more. I think we can manage to address a few more topics easily... ka baa?"

Seen it thrice n now I'm gonna be humming it for a few days unintentionally. How cool this sounds. I think make a few more. I think we can manage to address a few more topics easily ka baa? https://t.co/1CAupGHpwq

Before Bambai Mein Ka Ba, Anubhav Sinha directed Manoj Bajpayee in a TV series titled Shikast, which aired from 1993 to 1994. The duo announced their collaboration on social media last month like this:

And a very exciting collaboration after 25 years with a friend whom I know right from my theatre days @anubhavsinhaa !!

Earlier, for a Humans Of Bombay post, Manoj Bajpayee described himself as a "farmer's son" and recalled his journey from his village in Bihar to Mumbai. "I'm a farmer's son; I grew up in a village in Bihar with 5 siblings - we went to a hut school. We led a simple life, but whenever we went to the city, we'd go to the theatre. I was a Bachchan fan and wanted to be like him. At 9, I knew acting was my destiny. But I couldn't afford to dream and continued my studies. Still, my mind refused to focus on anything else, so at 17, I left for DU. There, I did theatre but my family had no idea," read his post.