Badhaai Ho: Ayushmann Khurrana Says He Has Been 'Lucky To Have Got The Right Films' 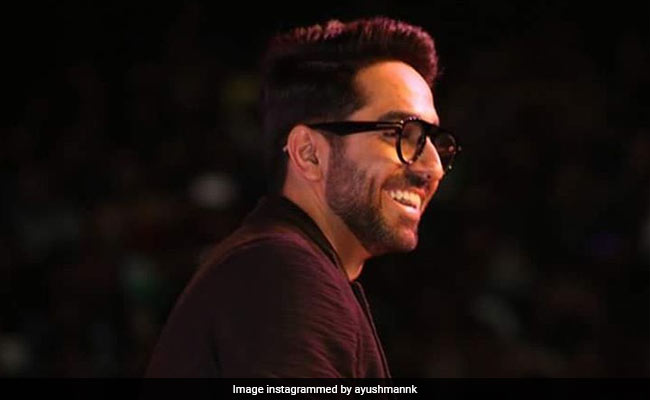 Actor Ayushmann Khurrana, whose recently released film Badhaai Ho opened to overwhelming response at the box office, told news agency IANS that he has been "lucky enough" in his journey to have got the right films and also thanked directors for believing in him. "As an artiste, I have always backed concepts, filmmakers who were doing clutter breaking work. I think I have been lucky enough in my journey to have got the right films and I'm thankful to all my filmmakers for believing in me," IANS quoted Ayushmann Khurrana as saying. Badhaai Ho, which also stars Neena Gupta, Sanya Malhotra and Gajraj Rao raked in Rs 7.29 crore on the opening day. Ayushmann added that he is "overwhelmed" and "humbled" with the response Badhaai Ho has been getting. "It is an overwhelming and a humbling moment for me as an actor."

Ayushmann Khurrana, who made his Bollywood debut with Shoojit Sircar's 2012 film Vicky Donor, told IANS that whenever somebody approaches him with a script, he tries to analyse whether as an audience he would like to watch it. "If a film is not watched and enjoyed and endorsed by audience, it is not a success. So, the rules don't change even if it's a content film. Whenever I get a script in my hand, I think from the position of whether I would want to watch this film as an audience," he said.

Ayushmann said that success of his films "motivates" him to do better work. "It motivates me to do better work, to scout for better scripts and to be disruptive yet entertaining. I always go with my instinct and my reading of audience. So far and thankfully, more often than not, I have got the right answers. This reward is extremely gratifying for me because it teaches me that I'm choosing the right films," Ayushmann said.