"Saif Ali Khan made my first film experience everything that I would have hoped it would be," said Rohan Mehra 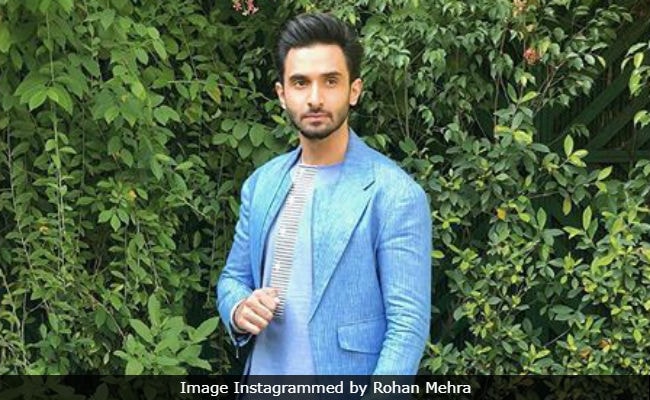 Actor Rohan Mehra, who is all set to make his Bollywood debut in the upcoming Baazaar, recently opened up about why "success isn't easier for star kids," his big Bollywood break, his experience of working with Saif Ali Khan and more, reports news agency IANS. When Rohan, who is the son of late actor Vinod Mehra, was asked if it is easier to get success in the entertainment industry if one happens to be a star kid, the actor told IANS: "In my opinion, success isn't ever easy for anyone. It takes a lot of hard work, commitment and a dash of luck to be successful. I don't think it is easier for star kids. Eventually every newcomer wants to have a long and successful career. Being the child of a star, or someone in the industry definitely can't guarantee this."

During the media interaction, Rohan also shared his experience of working with his Baazaar co-star Saif Ali Khan and said that Saif is a "knowledgeable and entertaining person" and that it was fun sharing screen space with the 48-year-old actor. "Working with Saif was great fun. He is such an entertaining and knowledgeable person and a brilliant actor. He helped me so much, and was so kind on set. He definitely made my first film experience everything that I would have hoped it would be. I think in the process we have become good friends, and that is always nice," IANS quoted him as saying.

Speaking of his Bollywood break, Rohan said that he feels "blessed" that he got the opportunity to be a part of this film. "I feel very blessed that Nikkhil Sir (producer Nikkhil Advani) gave me the opportunity and chose me to star in Baazaar. I have to be honest and say that it took a lot of convincing to let him audition me for the part. I don't think Nikkhil sir was looking for a newcomer as it is an incredibly challenging role, and one which required a high level of performance."

After the death of his father Vinod Mehra, in the year 1990, Rohan grew up in Mombasa, Kenya with his mother, sister and grandparents.

Besides Saif and Rohan, Baazaaralso features Chitrangada Singh and Radhika Apte. Directed by Gauravv K Chawla and produced by Nikkhil Adavni, the film will hit the screens on October 26.