Baahubali: The Conclusion released in India in April this year and has collected over Rs 1,500 crore worldwide 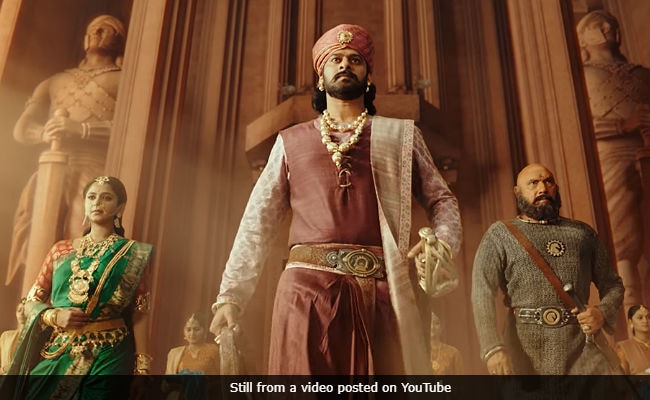 New Delhi: Baahubali: The Conclusion is all set to hits the screens in Japan and then in Russia. The concluding part of director S S Rajamouli's two-part epic saga will release in Japan on December 29 and fans of the franchise have already started queuing up for advance ticket sales. On December 29, a special 'Screaming Screening' has been arranged for Baahubali 2, tweeted producer Shobu Yarlagadda. Baahubali 2 stars Prabhas, Rana Daggubati, Anushka Shetty, Sathyaraj and Ramya Krishnan in lead roles. Here's the poster to announce the 'Screaming Screening' of Baahubali 2 in Japan.

Fans tweeted pictures of themselves holding the early ticket of the show:

got #Baahubali2 ticket from Dec.29th in Japan for me & two friends...
It's first day of @BaahubaliMovie 2 releaseing in Japan Dec. 29th... pic.twitter.com/T0Y3EPmgp4

Promoted
Listen to the latest songs, only on JioSaavn.com
Baahubali 2 released in India in April 2017 and shattered several records of Bollywood film Dangal. So far Baahubali 2 has collected over Rs 1,500 crore worldwide. Now that the film's all set to release in Japan and Russia, it may just up the box office game for future Indian films in the international market.

Baahubali 2 is set in a fictional Mahishmathi where Bhallaladeva connives to get his younger brother killed to become the sole ruler of the Kingdom. He succeeds but only for a few years till his nephew (a lookalike of his father) returns to avenge his father's death and reclaim the throne of Mahishmathi.