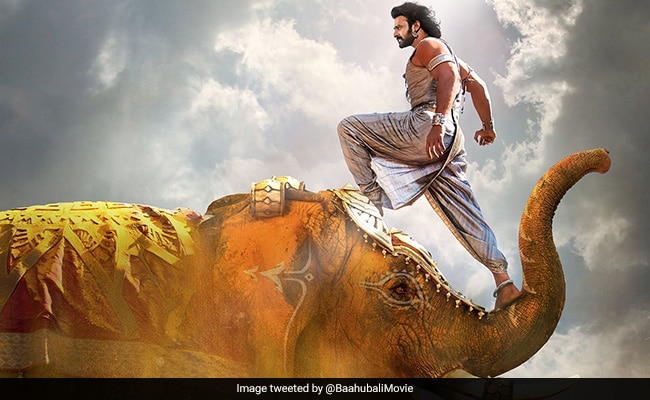 New Delhi: SS Rajmaouli's magnum opus Baahubali: The Conclusion might have been a 'trendsetter' in the domestic box office, but in China market, it has failed to take the flight. Despite a 'very good' opening in China, Baahubali: The Conclusion failed to elicit major sum at the box office and has shown 'minimal growth' since day 1. Bollywood trade analyst Taran Adarsh reported that after a 'minimal growth on Day 2', the film continues to get an underwhelming response and has collected $ 2.26 mn on day 3. At this juncture, the total collection of the film stands at $ 7.63 mn (Rs 51.20 crore). "Baahubali 2 is UNDERWHELMING in CHINA.. The opening weekend numbers are not in sync with the merits of this TRENDSETTER...Fri $ 2.43 mn, Sat $ 2.94 mn Sun $ 2.26 mn Total: $ 7.63 mn [Rs 51.20 cr]," Taran Adarsh tweeted.

Despite opening at No.3 position; the film has not been able to repeat the box office magic overseas. Baahubali: The Conclusion failed to beat the opening day record of Secret Superstar and Hindi Medium. Things don't look very good for the Prabhas starrer since Avengers: InfinityWar releases next week in China. Therefore, the SS Rajmaouli film has less than a weeks' time to pace up and make its presence felt in China. Taran Adarsh had tweeted that Avengers: InfinityWar will pose a serious threat to Baahubali: The Conclusion collection and the former is 'expected to dominate the market share'.

#Baahubali2 sees minimal growth on Day 2 in CHINA... Has one week to score, since #AvengersInfinityWar [next week] is expected to dominate market share.

Baahubali sequel had received a phenomenal response back home and opened to housefull boards in April last year. The film made a historical collection of Rs 1500 crore at the domestic box office (and still counting). Starring Rana Daggubati, Prabhas, Anushka Shetty and Sathyaraj, the film shattered all the past records of both Bollywood and Southern film industry.