"All of us are feeling better with no symptoms but are following all precautions and instructions," tweeted SS Rajamouli 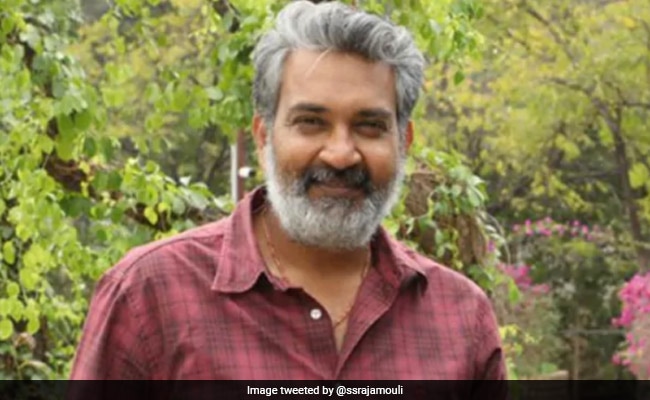 Baahubali director SS Rajamouli and his family tested positive for the coronavirus on Wednesday. The filmmaker shared his COVID-19 diagnosis in a tweet and revealed that he and his family are isolating at home, as prescribed by doctors. "My family members and I developed a slight fever few days ago. It subsided by itself but we got tested nevertheless. The result has shown a mild COVID-19 positive today. We have home quarantined as prescribed by the doctors," read SS Rajamouli's tweet. In a thread, he shared that he and his family members showed no symptoms of the virus but they are "following all the precautions and instructions" to get well soon.

"All of us are feeling better with no symptoms but are following all precautions and instructions...Just waiting to develop antibodies so that we can donate our plasma," tweeted Rajamouli.

All of us are feeling better with no symptoms but are following all precautions and instructions...
Just waiting to develop antibodies so that we can donate our plasma...

SS Rajamouli is best known for directing the Baahubali films, which emerged as absolute blockbusters at the box office. The films starred Prabhas, Rana Daggubati in lead roles and Anushka Shetty, Tamannaah Bhatia, Ramya Krishnan, Sathyaraj, Nassar and Subbaraju in pivotal roles. He is also known for delivering hit Telugu films such as Magadheera, Sye, Vikramarkudu and Chhatrapati.

His next film RRR is also a big budget project. RRR will star Ram Charan and Jr NTR in lead roles. It will also feature Alia Bhatt and Ajay Devgn and international actors such as Ray Stevenson, Olivia Morris and Alison Doody. RRR is set in the 1920s and it is a story based on freedom fighters Alluri Seetharamaraju and Komaram Bheem, who fought against the British Raj and the Nizam of Hyderabad, respectively. The period drama film is likely to release on January 8, 2021.