Avengers: Endgame - Which Major Characters Are Most Likely To Die?

We weigh the odds. No spoilers here, because we do not know anything yet. 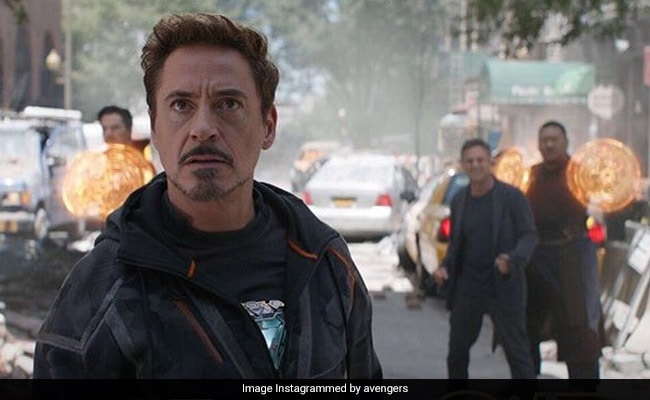 Peter Dinklage knows a thing or two about geek fandoms becoming emotionally invested in which characters live or die in a finale.

As the resourceful Tyrion Lannister, he has striven to survive on HBO's Game Of Thrones. Meanwhile, as the weapon-forging Dwarf King in Avengers: Infinity War, he saw just how close Thor (Chris Hemsworth) came to dying.

Now, with the fate of Thor and his Thanos-battling warriors up in the air in this week's big follow-up, Avengers: Endgame, the question over who lives or dies in the fight for Infinity gems has become its own Game of Stones.

Here are our predictions for how 10 major Marvel Cinematic Universe characters might fare. No spoilers here, because we do not know anything yet.

Because this is the superhero who launched it all for the Marvel Cinematic Universe (MCU) - and because no one tops the rapid-fire charisma of Robert Downey Jr.'s take on Tony Stark - the Russo Brothers will tread with great care here. It is safe to say Downey Jr., 54, will soon turn over the reins of the Avengers, and that his exit - barring the occasional Spider-Man cameo, perhaps - will come soon. Will it be a mortal farewell? We hope he and Pepper Potts will be allowed to safely fly off into the sunset.

Despite surviving the universe-altering Thanos "snap" and co-leading the movement to take the Mad Titan down for good in Endgame Captain America/Steve Rogers (Chris Evans) is high on the list of Avengers who might not survive once the battle is over. Evans is one of the many performers fans will be saying goodbye to, as Endgame represents the end of his long contractual run as an actor in the MCU, which gives Marvel Studios a chance to emotionally play with how he gets to say goodbye on screen.

We know the Falcon (Anthony Mackie) and the Winter Soldier (Sebastian Stan) will get their own limited series post-Endgame on the Disney+ streaming service. Could that series center on the two Captain America sidekicks deciding who will take on the star-spangled mantle after Cap has fallen in battle? Both characters have replaced Steve as Captain America before in the comics.

Odds of surviving: Code Orange. You may cut his locks, but not easily his life line - the solo franchise is strong with this one.

On the one hand, Chris Hemsworth's Thor is part of the MCU's old guard after eight years, and a definite youth movement is afoot. On the other hammer-scarred hand, Thor is a god, and "Ragnarok" imbued the character's franchise with new life. We lean toward Thor surviving, even if his screen time is massively reduced in future team-up movies.

Odds of surviving: Too new to fall - Captain Marvel will need him on her next-phase team.

The superhero who foresaw 14 million-plus possible battle outcomes - with a single chance of victory - must return to help the Avengers mentally navigate that path to beating Thanos. Plus, even though story time-jumps are easily engineered, Benedict Cumberbatch has announced a Doctor Strange franchise release to return to - and an Endgame death would cast too great a pall on that follow-up.

Odds of surviving: Surely you jest!

The Black Panther did not make it to the end of Avengers: Infinity War, evaporating into nothing over the Wakandan land he rules over along with several other Avengers in the battle with Thanos. Do not count on him being gone for too long. We can only speculate what type of role T'Challa (Chadwick Boseman) will play in Endgame, if he is indeed one of the fallen to rise again. But if you think Marvel Studios is done making "Black Panther" movies - after a billion dollars at the box office while becoming a cultural phenomenon - I have a bridge in Wakanda to sell you.

Odds of surviving: She has suffered too long in the shadows to die on this hill. Cue Gloria Gaynor's iconic tune.

Scarlett Johansson's Natasha has had perhaps the most thankless duty for nearly a decade - always a source of support and team rapport, but never the star. Black Widow has well-earned not only a time to shine in Endgame, but given the billion-dollar success of "Captain Marvel," she deserves her own clear path to the stand-alone in the "Black Widow" movie said to be in preproduction.

Odds of surviving: We guarantee he will make it through, OK?

In perhaps Endgame's biggest (and only) spoiler, we know Nick Fury (Samuel L. Jackson), the big boss of the Avengers, will still be giving orders post-Endgame, thanks to the Spider-Man: Far From Home trailer that sees Fury introducing himself to the MCU Spider-Man (Tom Holland). What we do not know? Who will be receiving those orders. Maybe Fury follows Spider-Man across the pond to help him grieve Tony Stark (which would be a nice twist, since Tony is mourning Peter Parker heading into Endgame) and let him know the Avengers Initiative needs him, since everyone did not make it back.But Fury looks as though he will still be around should the Avengers need to assemble again with a new roster.

Odds of surviving: Since she is already "dead," we are betting a long shot that the Infinity Stones may yet turn back in her favor.

The ever-dimension-traveling Zoe Saldana has Avatar and Star Trek franchises to get back to. But now that James Gunn has been hired for Guardians Of The Galaxy, Vol. 3, can we really go on without her Gamora? Plus, if her daddy, Thanos (Josh Brolin), is finally defeated in Endgame, can't his sacrifice of Gamora be altered? A fan can hope.

Last seen: Alive and thriving in her debut movie, set in the '90s.

Odds of surviving: She will be back, perhaps to lead the team.

A former Kree soldier turned MCU superhero, Captain Marvel (Brie Larson) is the superpowered difference-maker in Endgame.. The MCU narrative has Captain Marvel on the other side of the universe protecting multiple worlds to explain her absence in "Infinity War." Nick Fury's last act before his "death" is sending an S.O.S. message to Captain Marvel, who arrives to the MCU present day in the post-credit scene of her debut movie, united with the remaining Avengers for the first time, ready to help.

To even think of having a chance against Thanos in "Endgame," Captain Marvel must be on the front lines. "Captain Marvel" just crossed $400 million at the domestic box office and has made over a billion dollars worldwide, so she is not going anywhere. Expect her to be the MCU's next big franchise and the potential leader of a new roster of Avengers after Endgame.

Last seen: Very much alive after eliminating half the universe.

Odds of surviving: Thanos. Must. Fall.

Perhaps the only way to defeat Thanos in Endgame is to be lethal. That is not a very Avenger-ish way of doing things, but with the fate of the universe at stake, maybe all methods of victory will be on the table. Marvel Studios will probably want to build toward a new major villain post-Endgame, as it heads into its next decade of storytelling, making it unlikely Thanos sees another sunrise after this.