Atomic Blonde Movie Review: Charlize Theron's film may not be the right shade, but it sure would be good to see her dye another day. 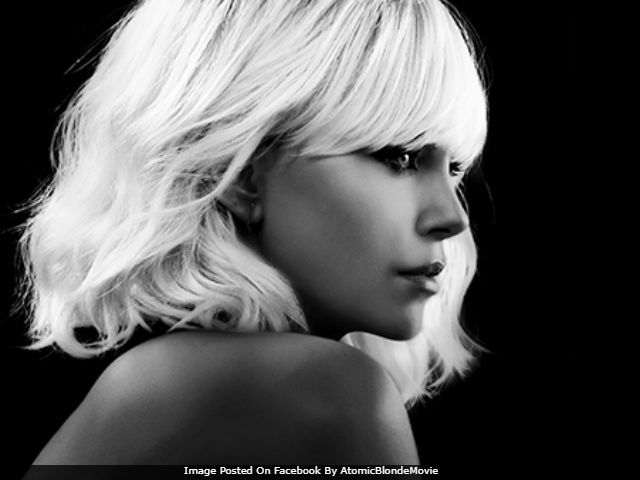 There is an art to using a great song in a movie, and it hinges on one word: unpredictability. From the way Be My Baby kicks out in Mean Streets at the exact moment when Harvey Keitel's head hits the pillow, to the way Michael Madsen dances to Stuck In The Middle With You before slicing off a policeman's ear in Reservoir Dogs, songs in the movies are best used in the least obvious ways. It doesn't even have to be subversive. Sometimes a song in a film works magic simply by having someone sing along in a car - like Tom Cruise belting out Free Falling in Jerry Maguire, or Mike Myers and the gang in Wayne's World taking on the entire Bohemian Rhapsody - and these work because something, from the mood to the energy to the choice of song, is unlikely enough to disrupt our expectations.

Atomic Blonde, directed by David Leitch - one of the co-directors of the deliciously thrilling John Wick - opens with a song, David Bowie's preposterously sexy Cat People (Putting Out The Fire). As Bowie sings about 'putting out a fire with gasoline,' we see the film's leading lady cool herself off by dousing herself in a bathtub of ice water and then, almost in time with the lyrics, lighting photographs on fire. (In contrast, the same song is used to absolute perfection in Inglourious Basterds.) This disappointing literality is an omen of obvious things to come, and Atomic Blonde turns out to be trash of the uncool kind - a B-movie that doesn't even attempt to be clever or cheeky. There isn't a single good line to be heard. Not that you could hear it over the bullets.

If not for the fact that the person getting out of the bathtub was a matter-of-factly naked Charlize Theron, this movie wouldn't be worth talking about. Theron is unbelievable, a steely-eyed woman seemingly made to kick bottom, one who is hitting her bone-crunching stride now with films like the masterful Mad Max: Fury Road and now this. Yet, while it is all good and thrilling to see a woman doing a man's job - that of starring in cheesy, unapologetically silly action movies - that is not reason enough to applaud this piece of nothing. This is 2017, the year Wonder Woman saved Hollywood and over a dozen years after Uma Thurman killed Bill. We can't applaud Atomic Blonde simply for not starring Jean Claude Van Damme. Theron, icy and rugged, is top-notch but Leitch's film is a confused, chaotic chore that tries to do too much - while thinking too little.

This is a shame, because I bloody loved John Wick, directed by Leitch and Chad Stahelski. Similar to this film, Wick put stuntwork front and centre, eliciting well-earned gasps for balletic action choreography and irresistible gun fu, but - while working with one-tenth of the plot on display in Atomic Blonde - it gave hero Keanu Reeves a wonderfully improbable (and undeniably emotional) motivational trigger, and the film won us over by wagging its tail enthusiastically enough. Blonde, on the other hand, is a messy film about a spy who goes and shags French girls and falls into double-crosses and triple-crosses and changes many an accent, but the narrative is too unexciting to matter, and a weak structural choice to narrate the story in flashback robs even action scenes of their proper impetus. One scene, for example, has Theron bash up hoods while playing George Michael's Father Figure on a nearby stereo - a song she owns, via her actions - but the film keeps cutting back to an interrogation room with John Goodman looking so dour it's as if the Coen brothers forgot his number.

That said, the film does hold one genuinely spectacular sequence. It features Theron going up, down and across a stairwell in what pretends to be an unbroken take as she impressively takes down many a villain in tremendous style, limbs outstretched, brutality at its choreographed peak. The film, for the duration of this long and devastating sequence, feels feverishly good, and it single-handedly nearly provides reason enough to be seduced by Atomic Blonde. But then a character opens his mouth, calls Theron a bitch in German, to which she, slicing him open, witlessly retorts in English: "Still think I'm a bitch?" Aargh.

Promoted
Listen to the latest songs, only on JioSaavn.com
What this movie, and indeed this character, could have been in the hands of Guy Ritchie or Michelle Maclaren or Matthew Vaughn, any filmmaker with a light touch and a sense of storytelling ease.

Yet, in a way, it is liberating that Charlize Theron, Academy Award winning actress and the hero of Mad Max, can star in such utter garbage. It is cool that every step a cool woman takes doesn't have to break cinematic ground. Maybe she wanted to use this film to audition for a Bond part, since the time for change is nigh. Maybe she just wanted to let her hair down. Atomic Blonde may not be the right shade, but it sure would be good to see Theron dye another day.