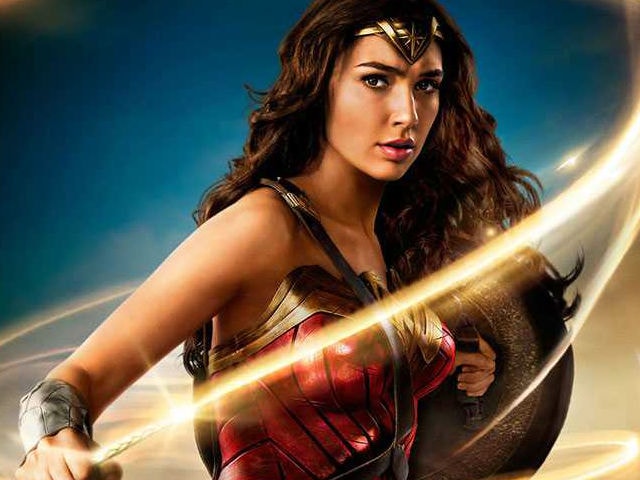 What is the male equivalent of a damsel in distress?

It is a question I asked myself a fair few times while watching Wonder Woman, where the leading lady plucks her man from a drowned airplane and frequently steps in to save him, and his world. He is a valiant, square-jawed ideal, reduced to helplessness around her. At his best, he can learn the alley-oop manoeuvre she needs, and crouch under a shield while she takes care of business.

That a basic reversal of stereotypes should feel this thrilling - this groundbreaking, even - is a testament to the testosterone coursing through our superhero cinema. The beautiful thing about Wonder Woman - a vivid and rousing comic-book spectacle directed by Patty Jenkins - is that it is much more. Here is a film about knowledge and courage, about war and peace, about a young woman who can lift up a battle-tank and be charmed by an ice-cream cone. It is also triumphantly and exuberantly fun, a word that should define but often evades most examples of the genre.

Not since Christopher Reeves slipped on a Superman suit have we seen as effortless a comic-book fit as Gal Gadot and her Wonder Woman. It isn't that actors haven't looked like or been suited to superhero parts before - Ron Perlman's Hellboy remains without compare - but Reeves, all spitcurl and sincerity, is not only iconic but inspirational. Gadot is similarly poised to make generations of moviegoers believe in themselves. 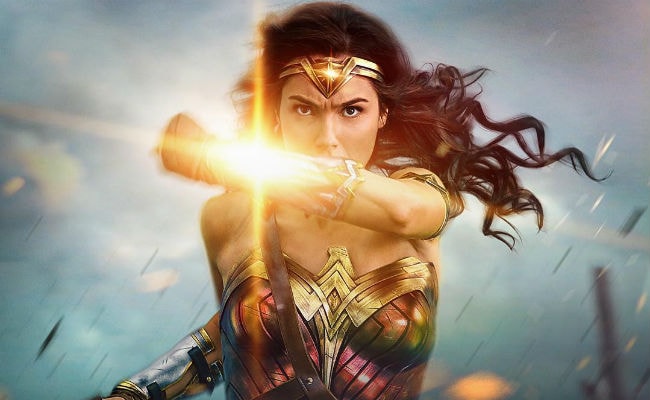 It is also special to have a woman tell this wondrous story. Not once does Jenkins allow the film to leer at muscular thighs or linger too long, and the absence of the male gaze colours the entire film differently. So irrepressible is this Wonder Woman that a man, trying to make her less conspicuous, asks her to hide behind a pair of spectacles. Another woman rightfully wonders how he thinks that'll help. Gadot, with a mild, aware coquettishness to her eyes, shines brighter than ever. So much for what men know.

She is Diana, princess of the Amazons, a divinely ordained tribe of statuesque warrior-women who live on the island of Themyscira, somewhere between reality and, quite possibly, a patch of Bermuda airspace. This world is lovingly detailed, the Amazons diverse in races and fluid in sexuality, with butch and femme subcultures and relationships visible beyond the obvious. This little girl has a Ganesha origin story - of being crafted from clay by her mother and given life by Zeus herself - and any mention of war sets her eyes agleam, much to her mother's chagrin. One sunny day a soldier crashes into Diana's world, and this man, the first she's ever seen, tells her about the great war. This is, thus, a film about Wonder Woman vs World War I.

Gadot is remarkable. Her early, jumpy fights are those of a cornered tennis prodigy with a decapitating backhand who doesn't know her own strength, and there is much glee when she eventually becomes aware of her own power. Her stance - with shoulders pinned back - is more credibly athletic than any superhero I remember, and she carries a sword and shield through even a revolving door with immense grace. She doesn't simply smile; she bestows smiles, and firmly but politely shoves away unwanted embraces. A beguilingly attractive actress, there's an earnestness to her that humanises the goddess - to a degree. It is exquisite to hear Gadot speak - she makes the word "fore-ordinance" sound lovely - and even better to watch her grow in battle. There are times she looks visibly overwhelmed before she steps it up and goes Full Metal Charlize. World War I is, remember, her first fight. 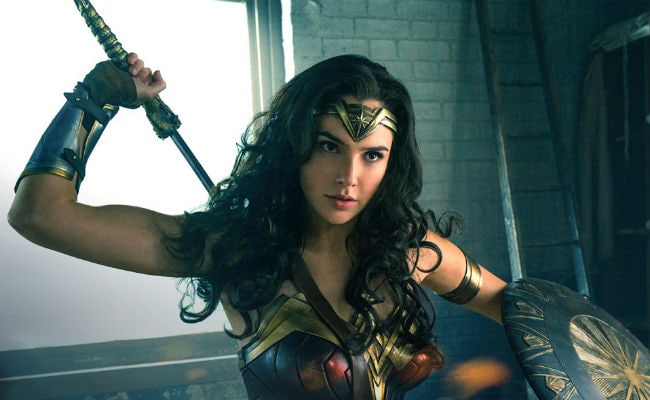 Her story is markedly different in the comics, yes. For one, she fights in WW II. Ah, but Captain America already did that in his first movie, therefore this Wonder Woman goes earlier. It is no coincidence - and a cheeky masterstroke - that the man she keeps saving is an American soldier named Steve played by a blond man named Chris.

The narrative is engaging and unexpectedly funny, though it does end with one of those flammable climaxes nobody seems to like but the genre can't seem to escape. The entire story, it could be argued, takes place in the space between a package from a hoarse-voiced gent and her email reply, but we know "but her emails" objections to be too petty. For the most part, this story is told so efficiently that I kept trying to work out where the Tesseract or Infinity Stone would come in, so reminiscent is this of the streamlined work from that other comic book studio. And yet Wonder Woman goes one better, planting no seeds and sparing no room for teases. This is the movie.

There are a few good men - Chris Pine, her Steve-in-distress, is a charmer; David Thewlis has an infectiously fine time - but it is the women who are superb, from Robin Wright as an Amazon general to Connie Nielsen as the queen, with Elena Anaya giving a poison-making caricature an Anomalisa look and a certain dignity. Even this woman we are supposed to find vile does not - should not - accept it quietly when a man looks past her to seek out another woman.


The film looks smashing when we see a squadron of Amazons galloping into battle but visually loses its footing with one unimaginative war sequence after another. The 3D is wasted, and a touch of brightness and comic-book whimsy would have gone a long way. (It must here be noted that Wonder Woman has a budget significantly smaller than any other entry in the DC Comics canon, less than the abysmal Suicide Squad, for instance. It will look better next time.)

Promoted
Listen to the latest songs, only on JioSaavn.com
Welcome, Wonder Woman. We need you. (Though, seeing as you've read all the volumes of Clio's treatises on bodily pleasure, we shouldn't presume likewise.) Ms Jenkins, thank you. As Diana said to the wartime ice-cream maker, you should be very proud.

I can't wait to watch the next Wonder Woman adventure. Let Batman gather a team. Let Superman sleep. Say what you will about justice, this lady is in a different league.