At Aretha Franklin's Funeral, Tributes From Bill Clinton, Stevie Wonder And Others 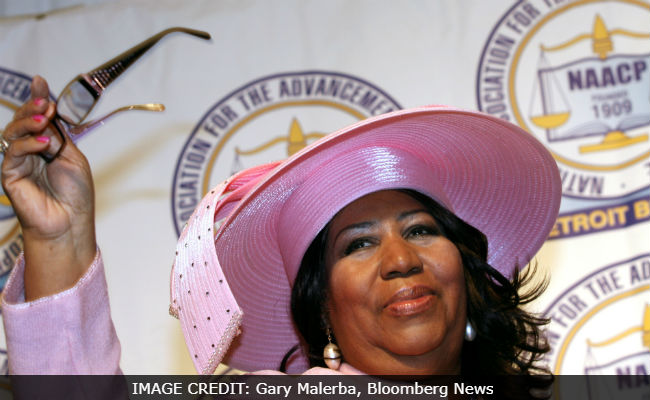 Aretha Franklin will be laid to rest this weekend, following a homegoing Friday full of musical tributes and glowing reflections fit for the Queen of Soul.

Detroit has been preparing for the funeral of the iconic singer, who died this month at the age of 76. She called the Motor City home for most of her life.

While the ceremony Friday is technically private, the details have been made public and the service will be broadcast for the world to see. Here's what you need to know.

Franklin's homegoing will take place at Greater Grace Temple, with the processional beginning at 10 a.m. EDT. The official schedule anticipates that the program will end by 3 p.m., but it could go on much longer than that.

How Can I Watch?

You can live-stream the entire service, including on The Washington Post's website. In addition to local Detroit stations, several news outlets are expected to carry portions of the event, including CNN, Fox News and MSNBC, according to Deadline. The service will also air live on SiriusXM's Soul Town channel (49).

From former presidents to professional athletes to the biggest names in the recording industry, several luminaries, family members and close friends are delivering remarks and sharing personal reflections.

Former President Bill Clinton will be delivering remarks. Another, Barack Obama, won't be there, but an Obama spokeswoman told the Detroit Free Press that the former president and first lady have written a letter that the Rev. Al Sharpton will read during the service.

A mix of gospel, soul, country and pop singers will offer musical tributes to the Queen.

And nearly 40 artists will perform Thursday night at A People's Tribute to the Queen, a concert at Chene Park Detroit Amphitheater. They include musicians such as Angie Stone, the Four Tops and more.

Franklin will be carried by the same pearly white 1940 Cadillac LaSalle that carried other Detroit notables, including Rosa Parks, David Ruffin of the Temptations, and Franklin's father, the Rev. C.L. Franklin.

"We had a lot of love and respect for Aretha," O'Neil D. Swanson II, the funeral director of the Swanson Funeral Home, told The Washington Post. "I've known her many, many years. Her father and I were close, and so it's a privilege for us to be servicing her and her family."

And there's already been a costume change, the Associated Press reported. Franklin was dressed in a bright red outfit for Tuesday's viewing. By Wednesday, she was in a baby blue dress.