Rahman and Vairamuthu have collaborated on many projects including Roja, for which they both won National Awards in their respective categories 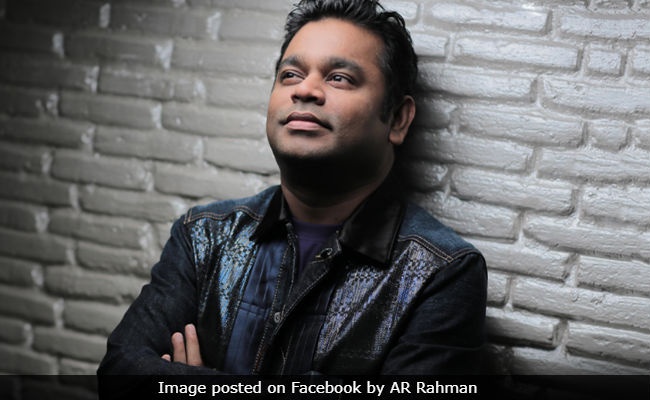 AR Rahman on Tuesday shared his opinion on the ongoing #MeToo movement in India saying that some of the names - of the survivors and their alleged predators - have "shocked" him. The Oscar-winning composer supported India's #MeToo movement, which is widespread on social media, but added: "We should be careful in creating a new internet justice system, in case it's misused." AR Rahman shared his statement hours after his sister AR Raihanah told The News Minute that she had heard stories of acclaimed lyricist Vairamuthu's sexual misconduct. Vairamuthu was accused of sexually harassing Chinmayi Sripaada. Several other women anonymously recounted their #MeToo stories implicating the poet. Vairamuthu and AR Rahman have collaborated on several projects including Mani Ratnam's Roja, for which they both won National Awards in their respective categories.

AR Rahman's statement read: "Been observing the #MeToo movement. Some of the names have shocked me... both the victims and their perpetrators. I would love to see our industry become cleaner and respectful of women. More power to all the victims coming forward... Social media offers great freedom for victims to speak up, however, we should be careful in creating a new internet justice system, in case it's misused."

Meanwhile, speaking to The News Minute about accusations against Vairamuthu, AR Raihanah said: "Several women have told me about Vairamuthu. It is an open secret and a lot of people have faced it." She also added, that Vairamuthu has "behaved with dignity" with her. "I have not faced it personally. He has behaved with great dignity to me in the few meetings that we have had. How can I blame him? What right do I have? Whoever has experienced harassment must report it."

#MeToo movement knocked the doors of the Indian film industry after actress Tanushree Dutta revived a decade old sexual harassment claim against Nana Patekar. Several female artistes have recounted their stories, in which top film personalities such as Alok Nath, Subhash Ghai and Vikas Bahl among others have been implicated.