"We both are looking forward to collaborate on something special," said Aparshakti Khurrana 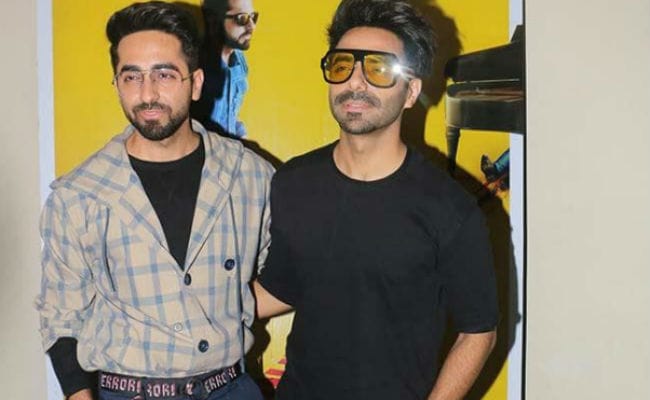 Actor Aparshakti Khurrana says there can't be any scope of competition between him and his brother Ayushmann Khurrana."Competition generally happens between two equals. In our case, Ayushmann and I are in different spaces of cinema. He has always been a front-runner. His films differ from mine, and so does our audience.

He also shared his desire to work with his elder brother on screen.

"Ayushmann is a brilliant actor. He is doing a great job. We both really want to work together. Unfortunately, we have not got any script yet. We both are looking forward to collaborate on something special," he said.

Aparshakti is basking in on the success of Luka Chuppi, after wooing the audience with his comical performance in the 2018 hitStree.

But in most films, he is seen playing the hero's best friend.

On any qualms about being typecast, Aparshakti said: "Not at all. I feel there is a need of such characters in our films. The film does not solely work on a single hero. It takes proper teamwork and coordination to make a film hit."

"If filmmakers feel I am capable of such roles, there is nothing about being typecast. It all depends upon relevant roles and scripts."

Aparshakti's next big screen appearance will be alongside Varun Dhawan in Street Dancer 3D.

Sonam To Arjun Kapoor On His Birthday: "You Bring Laughter Into Our Lives Despite What You've Gone Through"