Anushka Sharma Says She Doesn't Want Her Life To Be 'Ordinary' 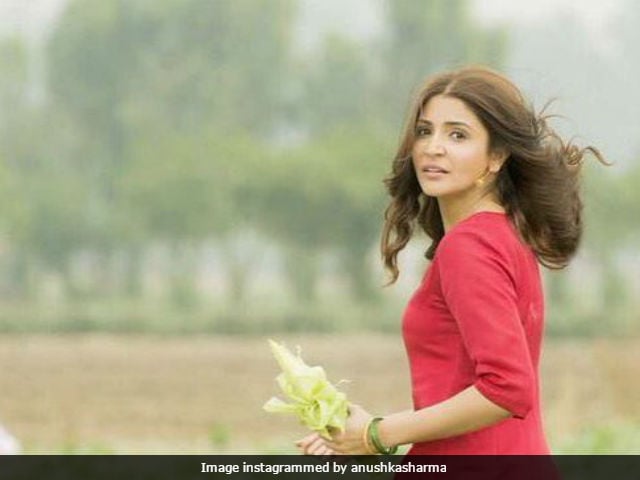 New Delhi: From sharing screen space with the three Khans to working with directors such as - Rajkumar Hirani, Vishal Bhardwaj and Imitiaz Ali, Anushka Sharma is an actor who has a lot of 'act' in her. An enterprising star who dared to tread into production at just 25 years of age, Anushka laughed saying: "I have days when I cringe and say 'Oh Lord main producer kyun bani' but thank God those days are few and far in between." Scripting her success on a 'clean slate' with her production house, Anushka doesn't make light of her success and admitted that she is 'hard on herself.'

Speaking to NDTV, Anushka Sharma said: "Yes I am hard on myself but am getting better now. I don't know it's just that am never satisfied with things and what I have done. I work with conviction but am stubborn also. So for me it's not that I want to accomplish anything in particular I just don't want my life to be ordinary. I always want to do something different and unique and be able to control my own narrative and the story of my life."

She added: "Yes, all this couldn't have happened if my brother was not with me, we launched into production. Being complacent is a disease for any creative person and you shouldn't be complacent with your work .One needs to strive and honestly be grateful with what you have. I have had the good fortune work with best directors and that was something I was always striving for since Band Baaja Baaraat. I have got work with great and accomplished actors. At 25, I decided "Chalo, produce karte hain", but it would have all failed if people had not accepted me and I have gratitude for that, the acceptance the industry has given me."

With back to back hits was the actress under any pressure?

Anushka Sharma said: "I approach my roles and films with conviction, yes it does get daunting but I have the conviction."

The 28-year-old actress admitted that she prays for 'amazing ideas'.

A little known secret about Anushka Sharma is that she loves to write.

She said and we quote: "I don't know how to write write but I pen down my thoughts and ideas (laughing). I sell them to my brother. I so want to do something in the sci-fi zone, it fascinates me and we in India have strong sense of belief especially in the 'unknown' I so want to tap that zone."

After promoting Phillauri actively, there is no break for Anushka. The Rab Ne Bana Di Jodi actress gets back to shooting a song for the Sanjay Dutt biopic.

"I just took a break and now to take a break I need to even plan taking a break," said Anushka Sharma.

Anushka admitted her that next film co-starring Shahrukh Khan, directed by Imitiaz Ali, finally has a title.

She said the title of the film will be announced soon.

The film has tentatively been titled The Ring.

So do we see a 'ring' on Anushka anytime soon?

"No plans of that," was the straightforward response from Anushka.

Promoted
Listen to the latest songs, only on JioSaavn.com
Recently, beau Virat Kohli had put up a charming post on her on International Women's Day. The picture shared by him was captioned: "Happy women's day to every woman out there, but specially to the two strongest women in my life. My mom for looking after the family in toughest times in life and @anushkasharma for fighting against the odds regularly and standing up for righteousness and changing the norms #happywomenday(sic)."

Earlier this year, Anushka and Virat's vacation in Uttarakhand sparked rumours of their engagement. However, Virat Kohli put up a post on Twitter refuting the reports.