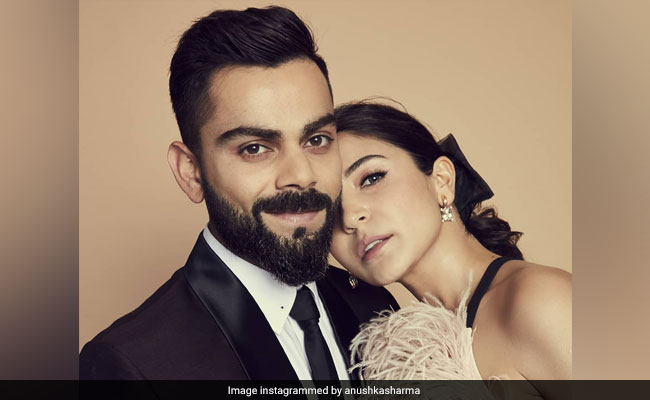 Anushka Sharma and Virat Kohli are arguably one of the most stylist couples in Bollywood and Anushka's latest Instagram entry reminds us of just that. On Friday evening, the actress posted a stunning set of pictures of herself along with her cricketer husband, on her Instagram profile and if we had to sum them up in a word, "perfect" is how we would describe it. The pictures that the Pari actress shared, happen to be from an event that the couple attended together. Anushka can be seen dressed in an off-white feathered top, which she paired with black trousers. She finished her look with statement earrings and a pair of black stilletoes. Virat Kohli complemented her in a crisp black suit. Anushka added a heart emoji to the post.

Meanwhile, Anushka gave her Instafam a closer look of her OOTD. Check out the pictures here:

The star couple frequently make appearances on each other's Instagram profiles sand we simply love it when that happens. Remember the beach special pictures that Anushka and Virat posted from the Antigua Islands? ICYMI, this is the post we are talking about:

Anushka Sharma and Virat Kohli met during the shoot of a TV commercial and they got married in Italy in a private ceremony in the year 2017.