With each passing day, netizens keep adding to the list with hilarious takes on real-life situations and Anushka thinks they are cent-per-cent funny 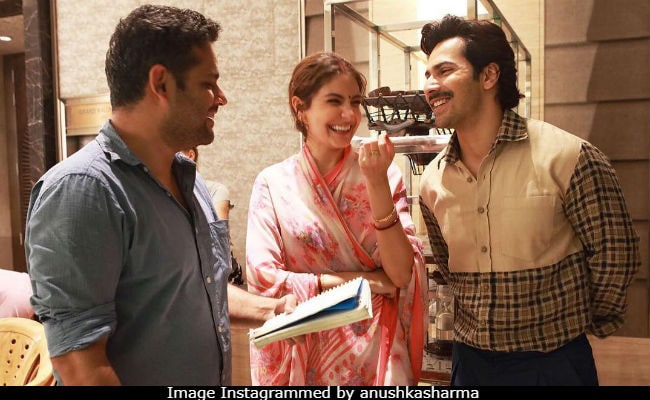 If you are a fan of memes, you must have seen how the Internet was at its creative best while making the Sui Dhaaga special ones, courtesy the various moods of Anushka Sharma as seen in the film's trailer. With each passing day, netizens keep adding to the list of memes with hilarious takes on real-life situations and the 30-year-old actress thinks they are cent-per-cent funny, reported Deccan Chronicle. "It's not a big thing that I am taking it sportingly. It's genuinely, extremely funny. Also, people are spending so much time in making these things," Deccan Chronicle quoted Anushka as saying. Since Anushka Sharma is also a fan of the memes, just like us, here's a look at the best five.

Be ready to ROFL, you can thank us later. A simple village woman named Mamta, the character Anushka plays in the movie, has found herself superimposed at unusual locations like the Statue Of Liberty, Mount Rushmore National Memorial and even on the moon.

This is why internet was invented i guess. #MemeForLife#PriyankaChopraEngagement#PriyankaNickEngagament@AnushkaSharma

Congratulations @priyankachopra
I'm just so happy for your engagement,seeing this roka picture i had tears in my eyes pic.twitter.com/Ov6YKpzFoF

So Anushka Sharma's face in Sui Dhaaga's trailer has become a legit meme.
I don't think I've laughed this hard in a long time. #Ronalisapic.twitter.com/dIKUzN0rKB

Anushka is really impressed with her fans' creative spree and takes it as a compliment: "I feel today the generation that we are living in it's about memes. Everything becomes a meme. But to happen on this scale I think is nonparallel and I think it's a huge compliment," Deccan Chronicle quoted her as saying.

Anushka co-stars with Varun Dhawan in Sui Dhaaga - he plays Mamta's husband Mauji, an aspiring tailor. Varun recently assigned the title of "Memes ki rani" to Mamta, while trolling her for taking over the Internet. And Anushka is such a sport because this is what she wrote:

It all started when in a particular scene in the trailer, an emotionally overwhelmed Mamta waves to Mauji on his return from what appears to be a tiresome journey, and her expression caught the Internet's attention. Watch the trailer here:

Sui Dhaaga promotes the concepts of rural entrepreneurship and is based on the theme of "Made In India" - in the movie, Mamta and Mauji struggle to create a home-grown brand amidst a world of cut-throat competition. Directed by Sharat Katariya, Sui Dhaaga releases on September 28.