Anupam Kher Still "Lives In A Rented Apartment" In Mumbai. The Only Property He Owns Is In...

"I decided 4-5 years back that I don't want to own property," said Anupam Kher 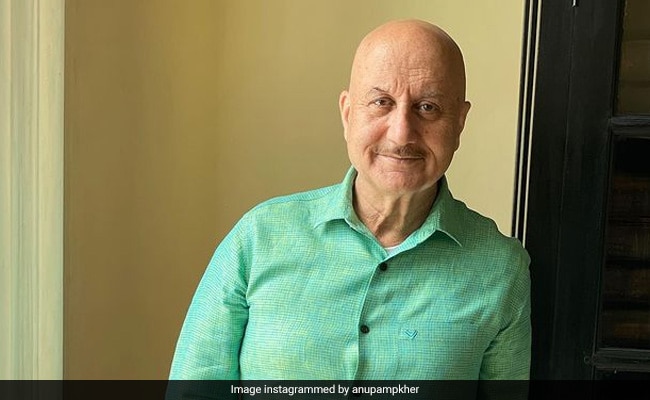 Did you know that Anupam Kher doesn't own an apartment in Mumbai? The actor, in an interview with ETimes recently, revealed that he "lives in a rented apartment" in Mumbai and the only property he has ever bought is for his mother Dulari in Shimla, their hometown. Anupam Kher also flies back and forth to New York, where he lives almost half of the year. He launched an acting school in New York, where he also shoots for many projects, several years ago. Talking to ETimes, Anupam Kher said: "I don't even own an apartment in Mumbai. I live in a rented apartment. I decided 4-5 years back that I don't want to own property. The only property I bought 4 years ago was a house for my mother in Shimla."

Sharing how he ended up buying a grand property in Shimla that has nine bedrooms, Anupam Kher said: "After my father passed away, she (his mother) started living with us. I used to always tease her, 'Mama, aak ko Anupam Kher hai, abh aur kya chaihye?' She surprised me by telling me 'mujhe ghar chahiye'. I told her that Raju (brother) and I have houses, so she said, 'Nahi, Shimla me... All my life I used to live in a rented home in Shimla and my desire and dream was that one day I would own a house'" and added that she found one BHK room in a nearly 100-year-old house in Shoghi, Shimla.

"She loved that place and called me up and said, 'I found a small house with an entrance from the outside'. I asked the broker how many rooms there are in the house and he told me that it had 9 bedrooms," said Anupam Kher and added that he wanted to gift his mother "something exceptional" so he decided to buy the whole mansion instead of just one room.

"I thought that if I have to give my mother a gift, it has to be something exceptional. So, I asked the broker to see if the owner was willing to sell the whole house," said the actor. After he finalised the deal with the owner of that house, he told his mom that he has bought the whole house, after which she scolded him and said: "Aapka dimag kharab hai! Mujhe nahi chahiye itna bada ghar'."

Anupam Kher, who is married to actress-turned-politician Kirron Kher, shared a video of himself saying goodbye to his mom in Shimla before travelling back to Mumbai for work in June. "She is staying back in Shimla while I travel to Mumbai. We spent some quality time with each other. She told me some more amazing stories of our earlier days in this city. The easiest thing in the world is to make parents happy," read a caption of the actor's post.