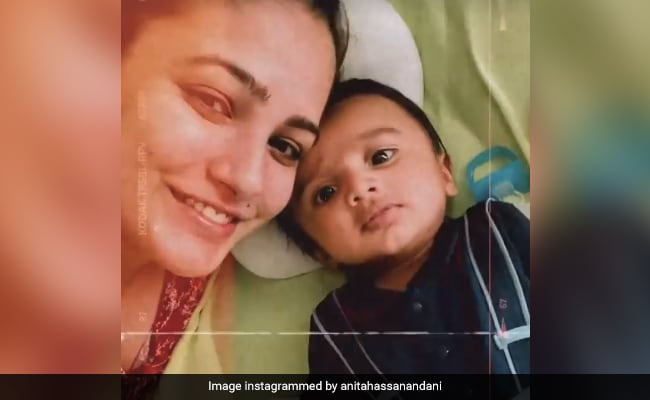 New mother Anita Hassanandani is enjoying some quality time with her son, Aaravv. Anita and her husband, Rohit Reddy had kept fans updated about the actress's pregnancy journey and even came up with fun videos to share their progress. Now, the actress let us in on her mother-son bonding time through her Instagram Stories. The short video shows Anita kissing the little one on his forehead and calling out his name. Aaravv, on his part, is seen looking into the camera with a rather amused expression. Might we also add that he looked adorable in his cute onesie. 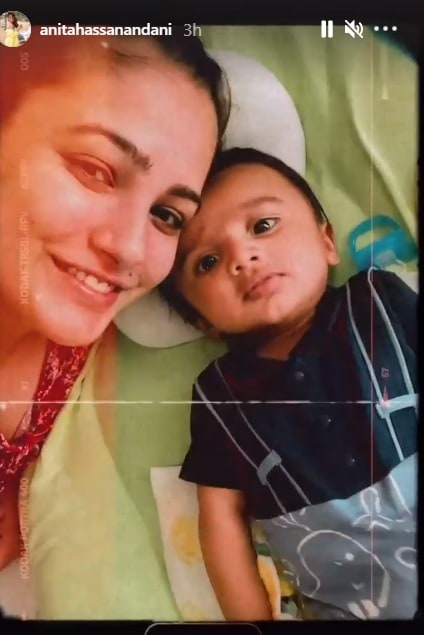 Anita and Rohit, who are known for their creative and fun social media posts, recently posted an Instagram Reels on the kind of parents they would make. In the video, the two enact how they would pick up their son from a party 20 years later. The calm and composed duo, however, are themselves seen partying hard at 2 am in the very next shot. Sharing the clip, Rohit wrote, "Strict, super-strict parents we would be ... NOT!"

Reacting to the post, actress Aditi Bhatia wrote, "Cannot wait for this day."

Rohit also shared another video where he is engaged in a "staring competition" with his son. He wrote, "I can beat anyone in a stare down the competition! ANYONE! Age no bar!"

A few weeks ago, Anita shared a sweet picture of the toddler to mark his two-month birthday. "Happy 2months to my lifeline," she wrote.

The couple announced Aarav's birth with a sweet post on Instagram. The picture showed Anita during her pregnancy days. "It's a boy," read the caption on the baby announcement post. Rohit is seen giving his wife a kiss in the photo.

In another sweet video, Anita can be seen singing the famous song 'Lakdi Ki Kathi' to her son. "Who loves this song? My Jaan," read the caption.

The couple welcomed their first child, Aaravv, on February 9 this year. They have also created an Instagram account in the baby's name.

Anita is known for her work in TV series such as 'Kkavyanjali', 'Yeh Hai Mohabbatein' and 'Kabhii Sautan Kabhii Sahelii'. Rohit and Anita have been married since 2013 and appeared in the dance reality show, 'Nach Baliye' together.

Throwback: These Little Cuties Were Born To Be Stars