Anita Hassanandani And Rohit Reddy Had Breakfast With A View 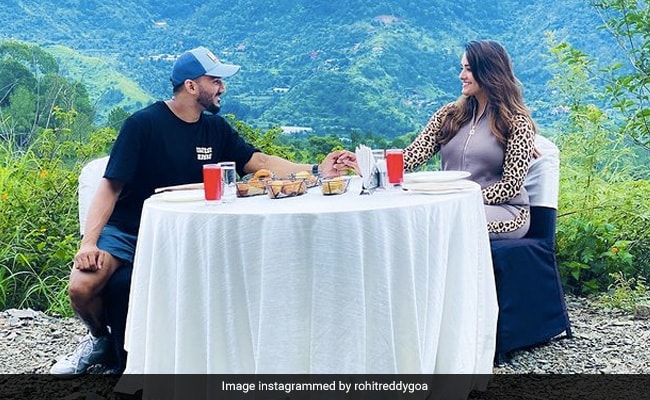 Rohit Reddy's latest Instagram post will make you go green with envy. He shared a picture with his wife and TV star Anita Hassanandani  on Thursday and it is all things pretty. The couple are on a holiday in Himachal Pradesh (going by their recent Instagram posts). In the picture shared by Rohit, Anita and he can be seen enjoying a breakfast with a stunning view of the mountains in the backdrop. Their smiles say it all. "Breakfast like this," he captioned the post. TV actor Jay Bhanushali wrote: "Now I am feeling I missed something." Mom-to-be Kishwer Merchantt dropped heart-eyed emoji in the comments.

Meanwhile, Anita posted a set of pictures of herself and she wrote: "Loving every bit of Himachal."

Anita Hassanandani married Rohit Reddy in the year 2013. She is best known for starring in popular TV shows such as Ye Hai Mohabbatein, Kabhii Sautan Kabhii Sahelii and Kkavyanjali, to name a few. She has also starred in movies like Kucch To Hai and Krishna Cottage. Anita was last seen in a brief appearance in the TV show Naagin 4. She played the role of Vishakha Khanna.