Aniruddh Dave Discharged From Hospital After 55-Day Battle With COVID 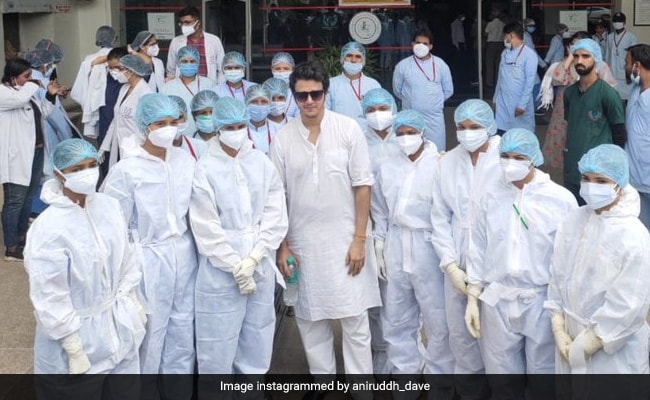 TV actor Aniruddh Dave, who was admitted to a Bhopal hospital in April for COVID-19 treatment, was discharged from the hospital on Friday. The actor shared the update with his fans on social media by sharing a picture of himself. The picture features him with the hospital staff. Aniruddh Dave, who had been in the hospital for last 55 days, expressed gratitude in his Twitter post. The actor's tweet was full of hope as he wrote: "Such emotional moment after 55 days I am discharged from Chirayu hospital." He went on to thank his fans in his tweet. In his last health update, Aniruddh had shared that he was on constant oxygen support. In his recent tweet, he expressed happiness as he is able to "breathe on his own" without the help of oxygen support. "Feeling loved. sabka shukriya..oxygen nahin.. ab khudki saans le raha hoon( thanks to everyone.. I am breathing on my own and not through oxygen support)... zindagi aa raha hoon main (I am coming to you life)," he wrote in his tweet.

As mentioned above, Aniruddh Dave tested positive for COVID-19 in April. He has been constantly sharing updates about his health with his fan on social media. Last month, the actor gave his fans an update about him being shifted from the ICU (Intense Care Unit) to the general ward. In a long emotional note, he expressed hopefulness about recovering soon.