"I have always wanted to impact audiences the way he does," said Pankaj Tripathi 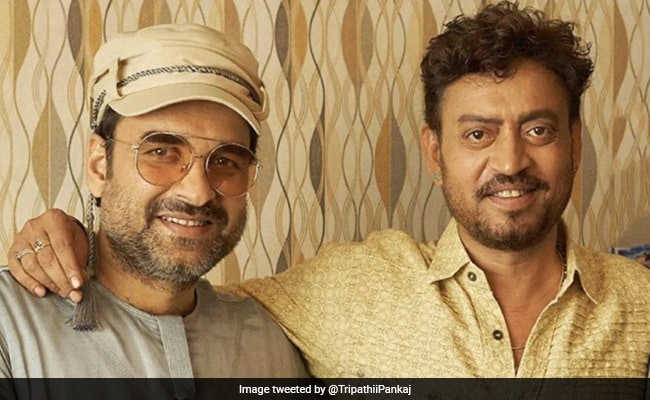 Pankaj Tripathi says his cameo appearance in Angrezi Medium is a gift to mentor-figure, actor Irrfan Khan, who has been the biggest inspiration in his career. The film marks Tripathi's first collaboration with Irrfan and he said it was a no-brainer for him to say yes to the movie. "I have always been inspired by Irrfan's performances as an actor. He has had a huge impact on my life, especially with his performances from Haasil, Maqbool, The Warrior and Paan Singh Tomar.

"My guru and also my senior from the National School of Drama, I have always wanted to impact audiences the way he does. His contribution has been greatly acknowledged in the Indian cinema and my role in this film is almost like my guru dakshina to him," Tripathi said in a statement.

Angrezi Medium explores the father (Irrfan)-daughter (Radhika Madan) relationship and the hardships a father has to face in order to make his daughter's dreams of studying in a foreign university come true.