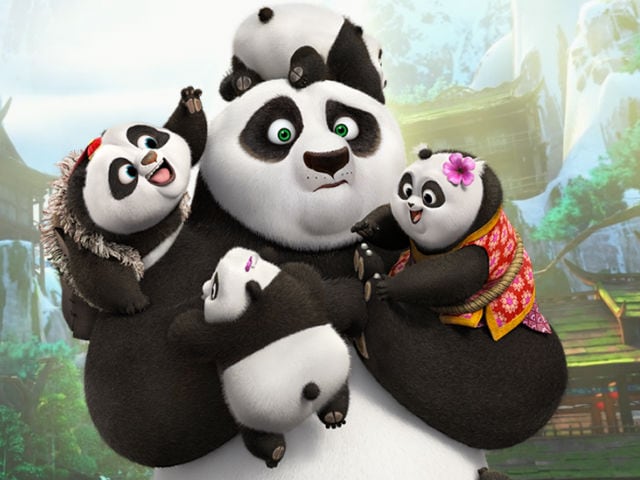 This Image was posted on Facebook by Kung Fu Panda Movie

The 40-year-old Oscar-winning actress, who will reprise her role as the Tigress, will have her children lending their voices to some of the other pandas featured in the film.

"They have some lines in the film," Angelina's representative said.

Though this will be the first big screen performance for seven-year-old Knox with his mother, the rest of the kids have worked on the set with Angelina and their father, actor Brad Pitt. Pax and Zahara as well as Vivienne had cameos in the Disney's film Maleficent.(Also Read - Kung Fu Panda 3 Trailer: Po's New Enemy Isn't His Hardest Task)

Shiloh, 9, and Maddox both worked on their father's The Curious Case of Benjamin Button and World War Z.