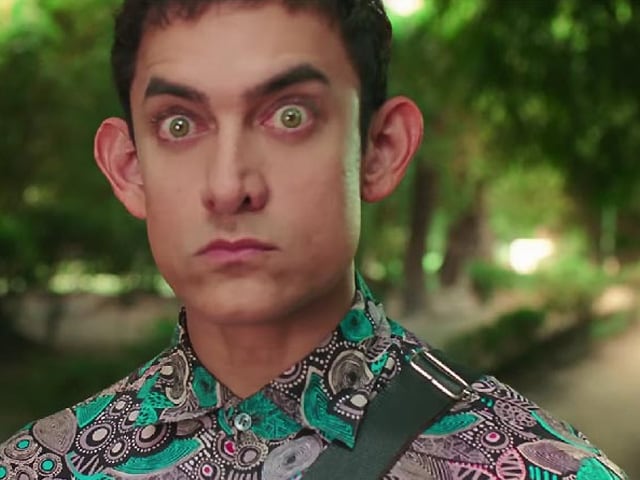 Rajkumar Hirani's latest offering PK, starring Aamir Khan is facing the ire of fringe groups all over the country for alleged objectionable content. But the film has won a supporter in Uttar Pradesh Chief Minister Akhilesh Yadav, who has declared it tax free in the state.

Akhilesh Yadav praised the film after watching it and reportedly asked the Entertainment Tax commissioner to declare PK tax free in UP.

Talking about the Hindu groups disrupting the film's screening in theatres, Akhilesh Yadav said that they should watch the film and PK has been given a tax free status so that the protestors can head to theatres and come out with a different opinion about PK.

PK, which has minted over Rs 250 crore in almost two weeks, reportedly suffered a slight dent in its collections after Hindutva groups Bajrang Dal and Vishwa Hindu Parishad vandalised the posters of the film and disrupted its screening in theatres. In the past two days, there have been protests in cities like Bhopal, Ahmedabad and Agra, where activists have burnt posters of the film and demanded its ban.

Accusing Aamir of double standards, Bajrang Dal and Vishwa Hindu Parishad have activists have advised him "to go to Pakistan." They have criticised Aamir, saying that he was displaying his anti-Hindu sentiments by ridiculing Hindu gods and goddesses in the film.

But Bollywood has come in defence of the film.

"What kind of a democracy are we living in?" asked director Karan Johar on Twitter.

Producer Ritesh Sidhwani tweeted: PK is a must watch. I am a believer and nowhere does it hurt our sentiments or question religion."

PK director Rajkumar Hirani clarified his stance saying "On behalf of the entire team of PK I would like to clarify that we respect all religions and faiths.

Promoted
Listen to the latest songs, only on JioSaavn.com
Our film is inspired by the ideas of Saint Kabir and Mahtama Gandhi. It is a film, which brings to fore the thought that all humans who inhabit this planet are the same. There are no differences. In fact, I have the highest respect for the concept of "Advait"- the oneness of all humans - that is central to Indian culture, thought, and religion. It saddens me to think that a film that upholds this great Hindu principal is accused of being disrespectful of Hinduism."

PK, which released on December 19, presents Aamir as an alien who is fascinated by what he sees in India. It also stars Anushka Sharma, Sanjay Dutt, Boman Irani and Sushant Singh Rajput.