Naam will be the trio's first song together that will show you how 'love always finds its way back'. 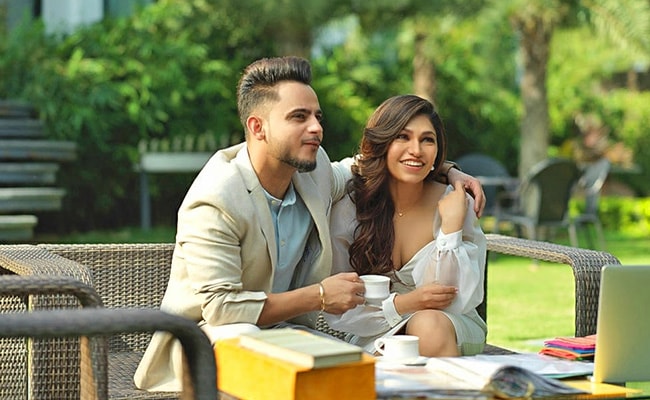 Millind Gaba is making waves in the Punjabi pop-culture landscape with hits like Nazar Lag Jayegi, She Don't Know and Teri Yaari. He has now teamed up with acclaimed singer Tulsi Kumar and popular lyricist Jaani of Pachtaoge and Kya Baat Ay fame for a new emotional song of unconditional love - Naam. Presented by Bhushan Kumar's T-Series, composed by Nirmaan, with music by Millind himself, Naam will be the trio's first song together that will show you how 'love always finds its way back'.

For a song of this scale, Millind Gaba worked hard not only on the song's composition but also his character in the moving music video featuring Tulsi Kumar and directed by Arvindr Khera. While it wasn't easy, the popular singer was inspired and motivated by his co-singer and lyricist to give it his all.

Talking about this ambitious song and his first-ever collaboration with Tulsi Kumar and Jaani, Millind says, "This was a dream project for me. It took us around 9 months to create this beautiful song. I feel blessed and thankful to have the opportunity to make some kick-a** music with people who are so dedicated and passionate about their craft."

He added: "Tulsi Ma'am is so grounded and hardworking. Jaani on the other hand has penned some emotion provoking lyrics. It took us nine months to create Naam and it was a completely enriching experience. Lastly, I'm very grateful to work with Bhushan sir because without his guidance my music wouldn't reach an audience of over 100 million."

The music video of Naam will be out on July 27 2020 on T-Series' YouTube channel.