"It is the smallest thing; I don't even know if people can see it," said the actress about a "bump" on her nose 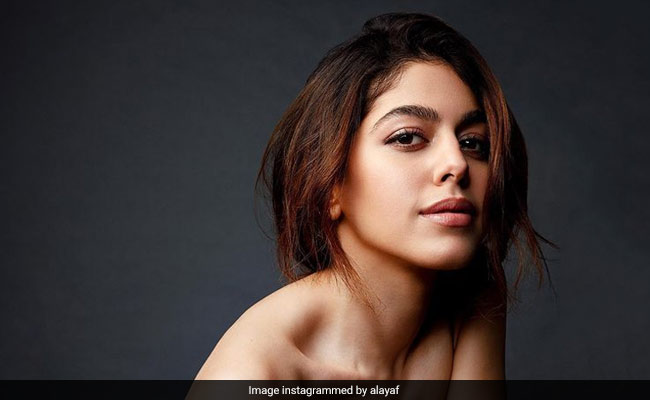 Alaya Furniturewalla, in a recent interview, revealed that she had "considered" cosmetic surgery for her nose but didn't do it because according to her, "it's pointless." Alaya, the daughter of actress Pooja Bedi and granddaughter of actor Kabir Bedi, recently made an appearance on Zoom TV's talk show By Invite Only and answered several candid questions, including why she once considered a nose job because of a "slight bump" on the left side of her nose. "Yes, I have," said Alaya when asked if she has ever contemplated plastic surgery, and added: "I have considered it, I have not done it. I think everyone has been like, 'Maybe I should do....' It is the smallest thing; I don't even know if people can see it."

Showing the right side of her nose on the show, Alaya said: "So, this side of my nose is the nice one, this one (showing the left side) has a slight bump here. It's like the tiniest thing in the world. I'll probably never do it because it's so damn pointless."

Can you spot the "bump" on Alaya's nose in these pictures?

We can't. And just like us, when the host of By Invite Only told Alaya that he can't see the bump she is talking about, the actress replied: "Most people don't, but it's okay."

Alaya Furniturewalla made her debut in Bollywood with the 2020 film Jawaani Jaaneman, in which she co-starred with Saif Ali Khan and Tabu. Alaya has a three-film deal with the producers of Jawaani Jaaneman, details of which have not been disclosed yet.

Janhvi Kapoor Watched This Irrfan Khan Film Over The Weekend. See Her Post