Akshay Kumar Thanks Stuntmen For Keeping Him Alive in Open Letter 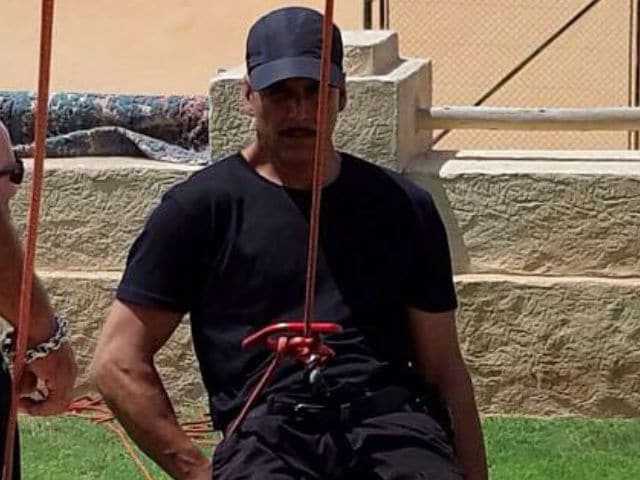 This image was posted on Facebook by Akshay Kumar

New Delhi: Bollywood's foremost action hero, actor Akshay Kumar thanked stuntmen across the world for their contribution to the making of action sequences.

Akshay, 48, was informed about the demise of international stuntman Scott Cosgrove, who had to train the Khiladi star for an upcoming film. Soon after,l Akshay wrote an open letter to the stuntmen talking about their expertise and thanked them saying, "My children still have their father in one piece because there is always someone prepared to take the fall that I may not be able to take one day." (Also Read: An Actor is a Star Because of Fans, Says Akshay Kumar)

Akshay, who has performed several high octane stunts in films like Khiladi series, Baby, Holiday: A Soldier Is Never Off Duty, Gabbar Is Back, Brothers and Khakee, said that stuntmen all over the world should, "be acknowledged for saving our lives and our films credibility with your expertise."

On Instagram, Akshay also shared the total number (and break up by films) of the stuntmen involved in the films nominated at the 88th Academy Awards:

To all the Stuntmen and Women out there, I just heard another great international Stuntman who has actually worked in my own Industry, and was going to come & train with me at my Parkour Gym has sadly passed away. I not only believe you all should be winning #Oscars and #FilmFares for your incredible work, in my eyes you should always be acknowledged globally for saving our lives and our films credibility with your expertise. It Pains me, because I know the one expert that an actor/actress can't live without during their shoot is their #StuntBuddy. We would be mourning so many actors/actresses if it wasn't for your unbelievable hard work and amazing talent that makes our movies look so good and help us earn so much, while keeping us safe from harm. Instead the stunt community is quietly mourning the ones they've lost be it by accident, injury or fatality on the sets of #AwardWinningFilms over the years. I know winning an award still isn't enough for what you all painfully go through for these million dollar projects, but it would be a little start, yet sadly our fraternities are barely even honouring you with that. I just want you to know coming from a stunt/actor like myself, I admire, respect, honour and am eternally grateful for everything you all do, my children still have their father in one piece because there is always someone prepared to take the fall that I may not be able to take one day. To all the #StuntmenAndWomen I have ever worked alongside around the world, you are in my and my family's prayers. You deserve so much more than a wage packet, and I hope I live long enough to see a change. I know in my 25 year long career nothing much has changed. But it will, and I will try and make sure of that. Till then thank you and take great care, good luck with the #FightForYourRights... RIP to all those that have #LostTheirLifeForFilm

Love and Prayers AK the Actor/AK the stuntman.

Akshay's last film Airlift performed spectacularly at the box office and will be next seen in Rustom, which releases on August 12. The actor has also been roped in for Housefull 3 and Rajinikanth's 2.o, the sequel to Enthiran (Robot).