Akshay Kumar Has 'No Time To Look Back'. His 2017 Schedule 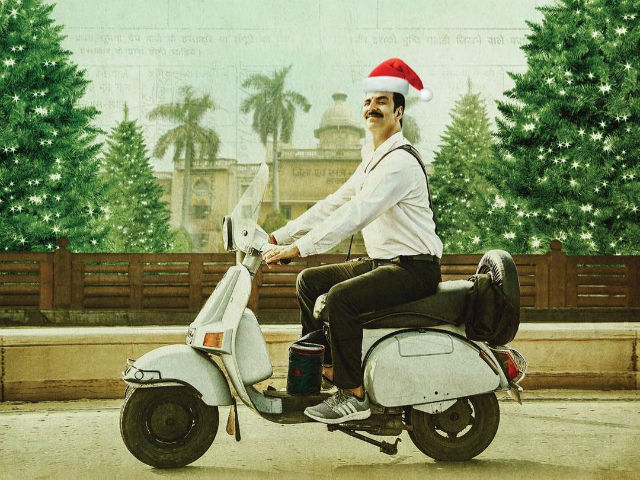 New Delhi: There is no denying the fact that Akshay Kumar is one of the busiest stars of Bollywood and the 49-year-old actor's latest social media posts are a proof of that. On the first day of the year, the superstar, who is currently holidaying in Cape Town with wife and author Twinkle Khanna and children Aarav and Nitara shared a glimpse of his upcoming films of 2017. The Rustom star is prepping for four releases this year. Last year, the superstar was seen in hit films like Airlift, Housefull 3 and Rustom. Akshay wrote, "Busy summing up the year gone by? It's time to not look back, but look ahead. Here's what my 2017 looks like. Ur thoughts, love & luck needed." (sic)

Busy summing up the year gone by? It's time to not look back, but look ahead. Here's what my 2017 looks like.Ur thoughts,love & luck needed

His first release is Jolly LLB 2, opposite Huma Qureshi. The courtroom drama film hits the theatre on February 10.

Next he'll be seen with Bhumi Pednekar in Toilet - Ek Prem Katha, which releases on June 2. Directed by Neeraj Pandey, the film is a light-hearted comedy revolving around Swachh Bharat Abhiyan.

Also, Akshay is making his debut in the Tamil film industry this year with Rajinikanth in Shankar's 2.0. He plays the prime antagonist in the film, Dr Richard, who transforms into a bird-like creature after a failed experiment. 2.0 is the sequel to Enthiran (Robot in Hindi) and will release during Diwali.

Next, he will be seen in Pad Man. According to news agency IANS, the film is a biopic on Coimbatore's social entrepreneur Arunachalam Muruganantham and will chronicle his journey of finding a way to make cheap, affordable sanitary napkins for women in his village.

Pad Man will be Twinkle Khanna's Mrs Funnybones Movies first production and is written and directed by R Balki.

Mrs Funnybones Movies - first production -written and directed by the brilliant Balki -Pad up and get ready ! https://t.co/rIsTicWbXY

Apart from these four films, Akshay will also be seen in Neeraj Pandey's Crack.