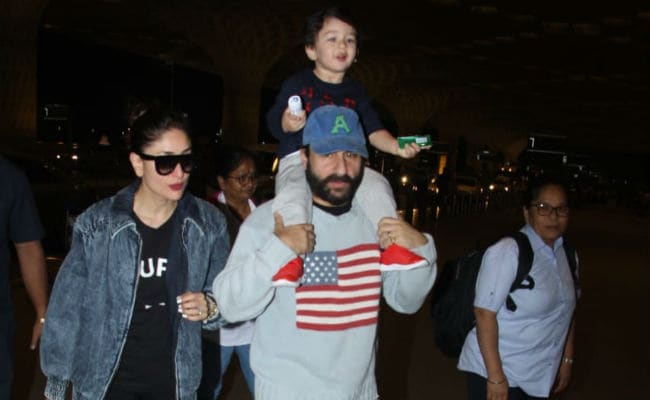 Kareena Kapoor with Saif Ali Khan and Taimur at the Mumbai airport.

Just a few days before Taimur Ali Khan's birthday, Kareena Kapoor and Saif Ali Khan and (of course) Taimur were spotted leaving Mumbai on Sunday morning. The trio reportedly left for South Africa, where they will be celebrating Taimur's second birthday on December 20. Kareena opted for a casual outfit and she looked pretty in a black t-shirt, matching pants and a blue denim jacket. Saif was seen dressed in a sky blue t-shirt and grey track pants. Dressed in a black t-shirt and grey pyjamas, an excited Taimur could be seen piggybacking and needless to say, he looked super cute. Flashbulbs popped at the family of three as they were photographed at the Mumbai airport. Saif Ali Khan with Taimur and Kareena Kapoor at the Mumbai airport. 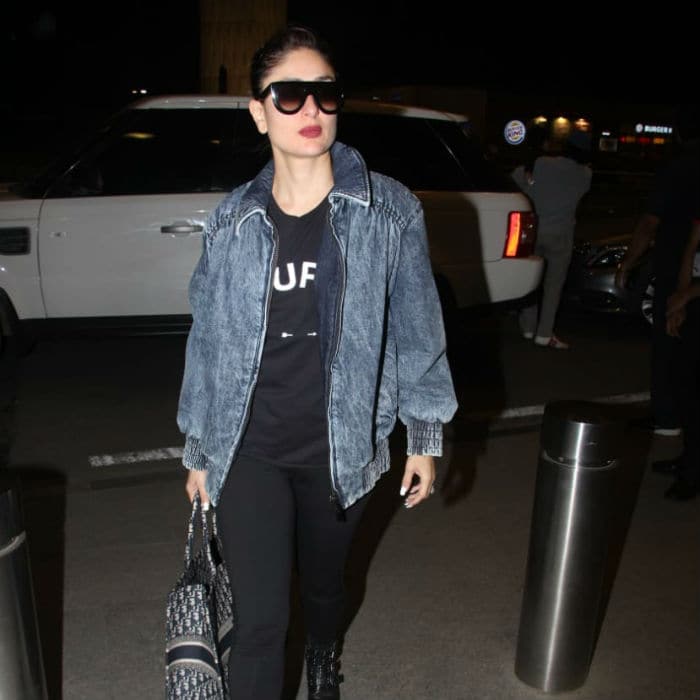 Kareena Kapoor at the airport.

Taimur's pre-birthday celebrations kick-started last week. The pre-birthday party was attended by Kareena Kapoor's close friends and family members. Taimur's cousin Inaaya was the first one to arrive at the party. Kareena's sister Karisma Kapoor arrived with son Kiaan and mother Babita. Taimur's friends were also invited to the party. Rannvijay Singha's daughter Kainaat, who is frequently spotted with Taimur on his play dates, was also invited.

Here are the pictures from Taimur's pre-birthday celebrations: 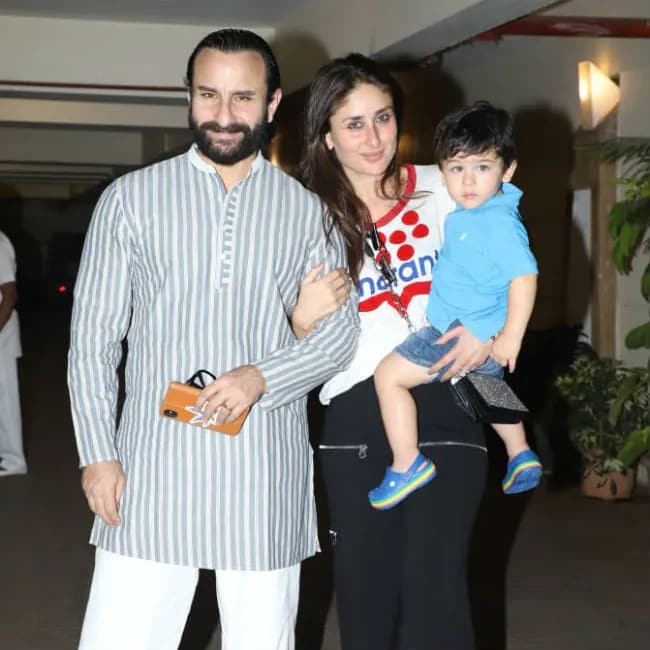 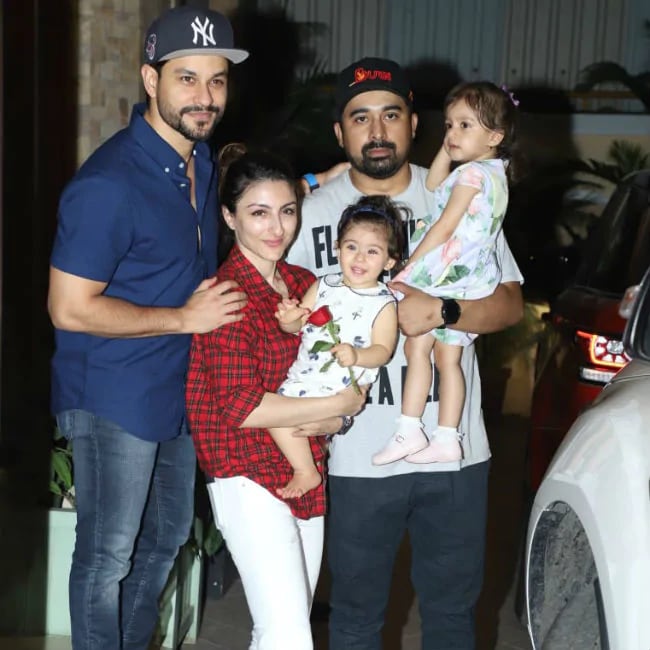 It wouldn't be wrong to say that Taimur is one of the most popular star kids and the fact that there are toys styled like him, totally corroborates to Taimur's popularity with the paparazzi.

Meanwhile at a toy store in Kerala... pic.twitter.com/J2Bl9UnPdT

On the work front, Kareena was last seen in Rhea Kapoor's Veere Di Wedding and her upcoming film is Karan Johar's Takht. She also has Good News, opposite Akshay Kumar in the pipeline.

Saif Ali Khan was last seen in Baazaar. He will nect be seen in the second season of Netflix's web-series Sacred Games.