After Surviving Grueling The Handmaid's Tale Season 2, Here Are 3 Things We Need Next 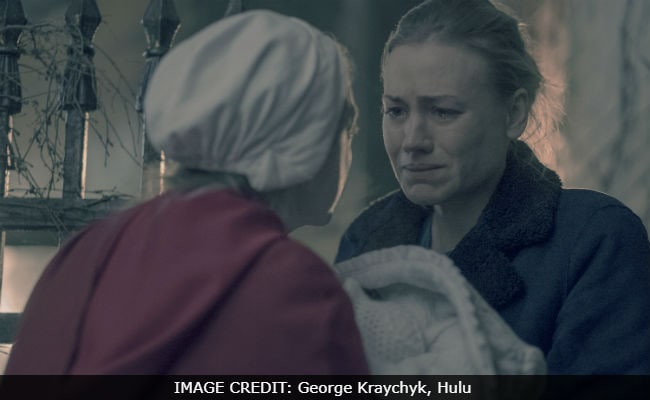 Hulu's The Handmaid's Tale ended its emotionally exhausting second season with a thrilling (yet baffling) finale released Wednesday, as upsetting and tense as any before it. I've heard from several viewers who loved the show at first - and in theory still do - but have decided that they can't go on. Mixed with the daily news cycle and its ensuing outrage and fear, The Handmaid's Tale easily becomes too much to bear. Supreme Court nominations are finale enough.

I get it, even as I urge viewers to somehow compartmentalize their anxieties and keep watching what remains a culturally relevant, impressively realized drama about resistance in the face of despair.

That said, this season was a grueling ordeal. A shortlist of the horrors we've vicariously endured in the fictional, post-American, fascist theocracy called Gilead includes a prolonged visit to a toxic wasteland (aka "the Colonies"), where infertile and/or rebellious women, including Emily (Alexis Bledel), are forced to shovel radioactive dirt until they die; a resistance bombing that claimed many lives, including several Handmaids; various beatings and tortures and executions; the public drowning of Eden (Sydney Sweeney), the child bride assigned to Nick (Max Minghella).

To all that, of course, add the rape of Offred/June (Elisabeth Moss) by her keeper, Commander Fred Waterford (Joseph Fiennes), at the suggestion of the commander's wife, Serena (Yvonne Strahovski), who held Offred down during the act - the couple's attempt to induce labor and deliver the past-due baby girl Offred was carrying, whom the Waterfords consider to be their own, in a twisted biblical sense.

If I list every horrifying scene this season, I'll run out of space and still not get to them all. Long story short, June sacrificed her last, best chance to escape Gilead in the season's final moments, handing her newborn to Emily and opting to stay behind as a secret getaway truck drove off. What could June possibly be thinking about her next move? Has she lost her mind - or has she figured out a way to reunite with her older daughter, Hannah? We'll have to wait for Season 3.

It feels like we are owed at least something for our endurance - scenes we've patiently waited to see that still haven't come. The Handmaid's Tale prolongs some of its most harrowing traumas at the expense of scenes that viewers not only want, but need. I've come up with a wish list of three aspects of this show that fans deserve to see:

1. Aunt Lydia's backstory. Even though Emily stabbed her in the shoulder and kicked her down a flight of stairs in Season 2's finale, surely this is not the end for Ann Dowd's fearsome (and Emmy-winning) portrayal of the matronly enforcer Aunt Lydia. While I'm glad to have seen the character get slightly more dimension this year, we've simply gone too long without seeing the show's customary flashback/origin structure turn its gaze to Aunt Lydia. 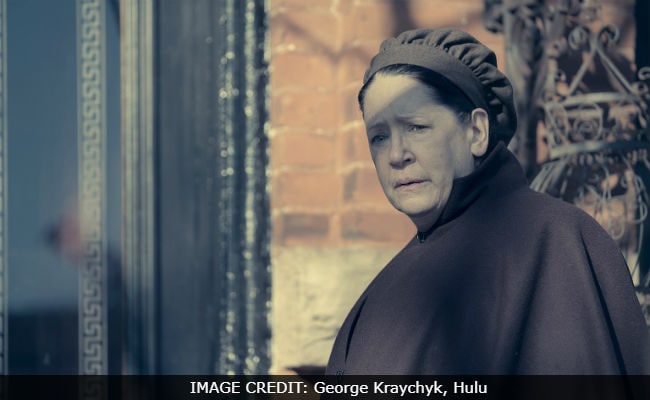 Who is this woman? What in her past life turned her into such a dedicated Gileadean, willing to tear down and psychologically/physically abuse the women who are forced to become Handmaids, only to build them back up with her twisted sense of care and discipline? It's easy to imagine her in pre-Gilead times protesting at abortion clinics or as that county clerk who refused to perform same-sex marriages. But that feels too easy, doesn't it? There must be more to her story than what we'd presume.

Aunt Lydia, after all, has much to tell us about the core nature of Gilead's social architecture and The Handmaid's Tale's central theme, going back to Margaret Atwood's novel. It's about the complicity of women who would, on orders from men, take away the rights of other women.

The best thread of this season's story arc involved the extra-complicated relationship between Offred/June and Serena Waterford, which is conspiratorial at its best (together they quietly broke the strict law against women reading and writing) and spiteful at its worst; the time it took to play out their give-and-take was time well-spent. June has become Serena's nagging conscience. Whatever happens next between these two women will define the rest of the series. (On that note, Strahovski more than deserves an Emmy for her performance this season.) Aunt Lydia, a bit player in the novel, has the potential to be a third pillar in this story.

2. What is Gilead? Wednesday's finale included a scene of Commander Waterford in deep concentration over the papers on his desk, which included a map of Gilead - upside-down from the camera's perspective. Pausing the picture and craning my neck, I discern some details that we've sort of known but never really confirmed: the map shows the former United States divvied up into large territories. Areas in red along the Canadian border, West Coast and Gulf Coast seem to indicate Gilead's war front; a large chunk of the Southwest and lower Midwest are shaded yellow with what appear to be radioactive symbols - the Colonies, perhaps. 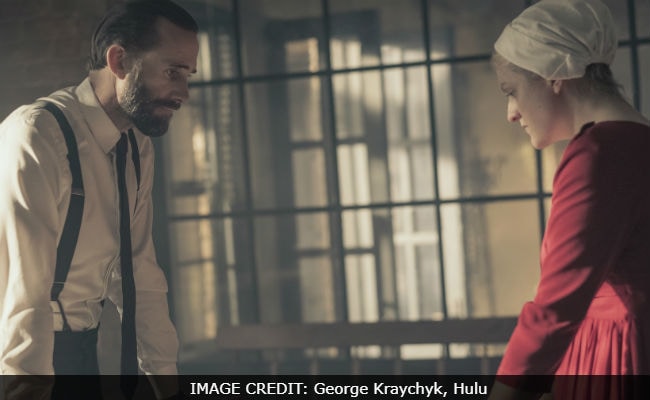 This kind of detail is irresistible to a certain stripe of Handmaid's Tale viewer. In a story so resolutely and effectively told as a women's narrative, the series metes out only scant details about the origin and establishment of this nightmare government only as it serves the overall story. We've seen horrific flashbacks of women losing their jobs, rights and access to their money; we've seen glimpses of events and takeovers that led to the larger dystopian vision. An entire episode or two of the dawn of Gilead would be - something, wouldn't it?

The danger here is that you don't want to turn a feminist classic into a civil-war documentary about strategy and military science, which showrunner Bruce Miller and the other men who co-produce and co-write the series must be well aware. This isn't a guy's story. But surely most fans of the show would be fascinated by a little more context about the structure and practical realities of Gilead. Start with the mansions: Who lived in the Waterfords' house before it was assigned to the Waterfords?

Understanding Gilead's rise primes the show's audience for its eventual fall - which Atwood foreshadowed in her novel's epilogue.

3. More scenes from the north. Aside from June's rebelliousness against the Waterfords (Fred, particularly), the only hopeful parts of The Handmaid's Tale take place in Canada, where June's husband, Luke (O-T Fagbenle), and best friend, Moira (Samira Wiley), live as American refugees. Their talents seemed sorely underused this time.

In one of Season 2's most talked-about cameos, June hears part of an underground radio broadcast hosted by the unmistakable voice of Oprah Winfrey, who delivers news of international aid for a U.S. government-in-exile in Anchorage and further sanctions against Gilead. Winfrey then plays Bruce Springsteen's Hungry Heart as a reminder to "everyone who's listening - American patriot or Gilead traitor - that we are still here. Stars and Stripes forever, baby."

The Handmaid's Tale got where it is with its unflinchingly dark portrait of an America gone horribly wrong. Now it's time for viewers to get to see a little more hope, in the form of a thriving rebellion up north. Scenes of organized resistance within Gilead - like the sight of all those Martha housekeepers helping June and her baby escape - go a long way, giving the viewer something to hope for. Similarly, Season 3 ought to shift to a tone of uprising. "Nolite te bastardes carborundorum," and all that.