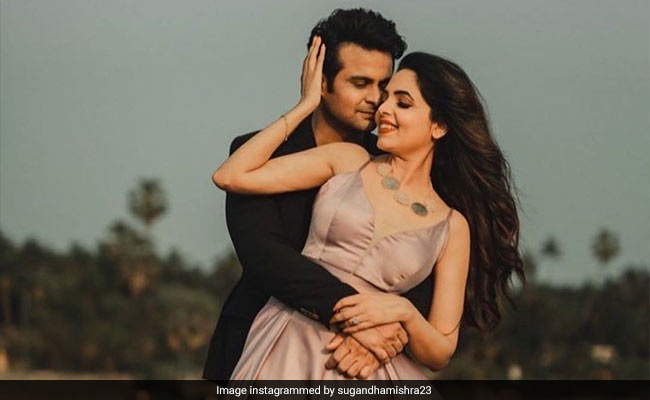 Comedian Sugandha Mishra and fiancé Sanket Bhosale occupied a spot on the list of trends after they recently announced their wedding date. The couple will get married on Monday (April 26). Sharing a set of mushy pictures with her fiance on her Instagram profile on Sunday evening, she wrote in her caption: "Thanks for showering your blessings and so much of love. Feeling really grateful for your wishes. Countdown begins... April 26, 2021." The comments section of Sugandha Mishra's post was flooded with congratulatory messages from her Instafam in no time. They met on the sets of The Kapil Sharma Show.

Over the weekend, Sugandha  announced her engagement on social media by sharing pictures with Sanket Bhosale and she wrote in her caption: "Forever," adding a heart and a ring emoji. She added the hashtags #love #life #soulmate #gettingmarried #hitched #forever #blessed #powecouple and #suket to her post.

Sugandha Mishra and Sanket Bhosale reportedly began dating in 2017. However, when they were asked about their rumoured relationship back then, Sugandha had the denied the reports of them being in a relationship and she addressed Sanket as her "good friend."