Actor Ian Holm, Star Of Lord Of The Rings And Chariots Of Fire, Dies At 88

Ian Holm was nominated for an Oscar for his portrayal as the coach Sam Mussabini in the 1981 award-winning film Chariots Of Fire. 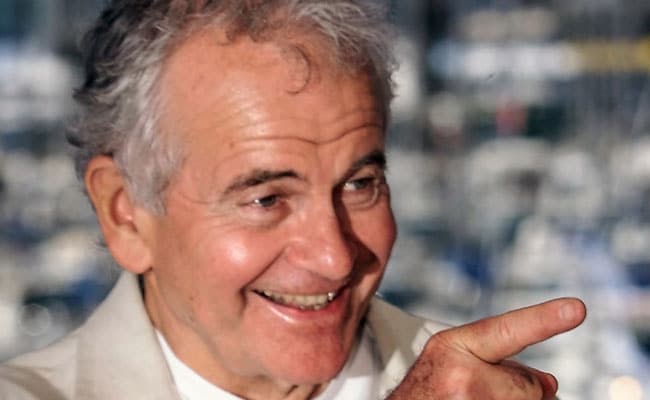 File photo of Ian Holm at Cannes from 2000 (courtesy AFP)

Oscar-nominated British actor Ian Holm, famed for his roles in Hollywood blockbusters Lord Of The Rings and Alien, died on Friday aged 88, his agent said.

Nominated for an Oscar for his portrayal as the coach Sam Mussabini in the 1981 award-winning film Chariots Of Fire -- which also saw him earn his second BAFTA and best supporting actor award at the Cannes Film Festival -- Holm appeared in a host of top international films.

He played the main antagonist Ash in the first Alien movie, and featured in The Madness of King George and The Aviator.

Holm suffered with a Parkinson's related illness, his agency said in a statement.

"It is with great sadness we can confirm that the actor Sir Ian Holm CBE passed away this morning at the age of 88," said the statement.

"He died peacefully in hospital with his family and carer."

"He was among the giants of the theatre," said Farrow, who appeared on stage with Holm at the Royal Shakespeare Company (RSC).

British comic and actor Eddie Izzard tweeted: "The great Ian Holm is dead. Wonderful actor and it's so sad to see him go. Farewell, you did great work Sir."

Among the other notable movies he appeared in were Oh! What A Lovely War, Time Bandits, The Day After Tomorrow, and The Fifth Element.

His final film role came in 2014 in The Hobbit: The Battle Of The Five Armies.

His portrayal of Bilbo Baggins in the Lord Of The Rings trilogy secured global fame in later life.

But he had already established himself before that as a star of the theatre with the RSC, which he joined in 1958, and appeared regularly on British TV.

He won a Tony in 1967 for his perfomance as Lenny in the premier of Harold Pinter's play The Homecoming On Broadway.

He was Pinter's favourite actor: "He puts on my shoe, and it fits!" the playwright is reported as saying.

The artistic director of the RSC, Gregory Doran, called Holm "quite simply one of the RSC greats".

The National Theatre in London, where he performed a memorable Lear in 1997, described him as an "extraordinary actor" in a tweet.

As well as his Oscar nomination he was also nominated for six British Academy of Film and Television Arts (BAFTA) awards.

BAFTA said it was "very sorry" to hear of his death.

Holm was born in Essex, east of London, to a psychiatrist father and a mother who was a nurse, in 1931.

He was awarded a knighthood in 1998 for services to drama.

As well as his acting career, he also served in the British Army, completing national service in Austria.

He was married four times and had five children. His third wife was Downton Abbey star Penelope Wilton.

The couple divorced in 2001, 10 years after getting married.