Abhay Deol's ROFL Birthday Post For Himself: "Got My Butt Slapped For The Very First Time"

"That doctor made me cry! But she was pretty so I was okay with it," wrote Abhay Deol 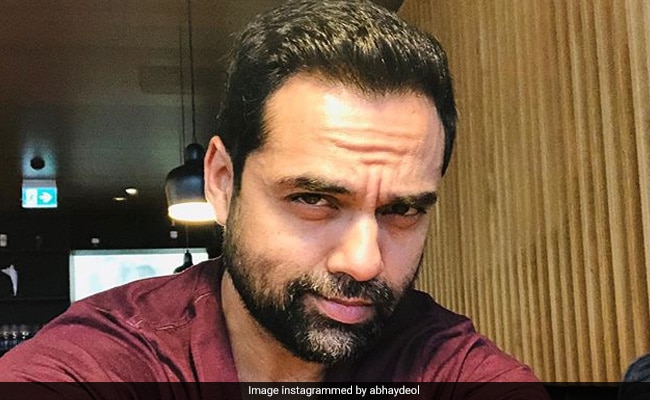 Just when we thought birthday wishes couldn't get any better and funnier, Abhay Deol proved us wrong. The actor, who turned 44 on Sunday, posted a hilarious birthday wish for himself on social media and we bet it will leave you in splits. The Dev.Dactor gave a hilarious twist to a medical procedure, where a doctor slaps a newborn baby's bottom to make him cry after delivery, and shared a graphic with a text that read: "Got my butt slapped for the very first time on this day (many moons ago)." ROFL. Abhay then hilariously explained that he was "okay" with the butt slap as the doctor was pretty. He wrote in the caption: "That doctor made me cry! But she was pretty so I was okay with it. Set a precedent" and accompanied it with hashtags such as "#pervybaby #masochist and #happybirthday.

That doctor made me cry! But she was pretty so I was okay with it. Set a precedent. #pervybaby #masochist #happybirthday #thankyou

Abhay Deol often shares samples of his sense of humour on his social media profile. The actor, earlier, sent the Internet into a tizzy with his "I slept with my director" post. He shared a photo of himself and Mahesh Manjrekar sleeping on the sets of their web-show and hilariously captioned it: "I finally did it. I slept with my director. On set with Mahesh Manjrekar."

I finally did it. I slept with my director. On set with Mahesh Manjrekar. I'm a @hotstar.

Remember his posts on why he is often missing in action and why one should stop complaining about life? If not, take a look at them here:

Found this online. Illustrates very well a question I get asked by the people and the press all the time. "Why do we not see you more often on the big screen?" It's a loaded question, one I cannot answer in short. Maybe one day I will write a book about it. But then, I've already raked up enough trouble over the years, a book might land too many punches! But for all of you who want more let me tell you that I have 3 films in post production and I'm starting 2 more. As the great Lenny Kravitz once sang, "it ain't over till it's over." #playthegame

On the work front, Abhay Deol made his onscreen debut in 2005 with Imtiaz Ali's Socha Na Tha. He is best known for his roles in films such as Dev.D, Zindagi Na Milegi Dobara, Oye Lucky! Lucky Oye! and Manorama Six Feet Under.