Abhay 3 Review: The lead actor faces stiff competition in the form of the redoubtable Vijay Raaz, cast as a sociopath who unleashes terror in Lucknow and Delhi. 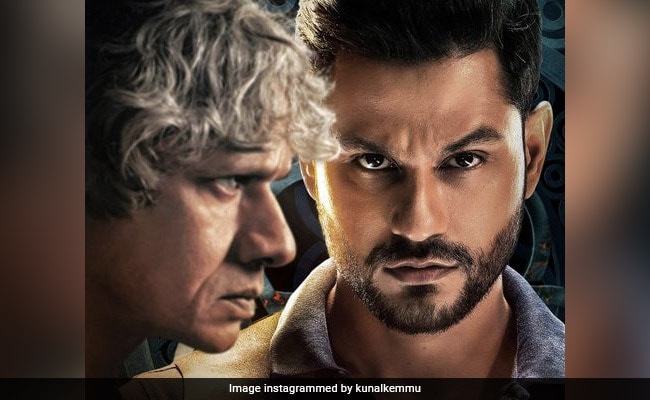 A poster of Abhay 3. (courtesy: kunalkemmu)

Abhay Season 3, produced by Zee Studios and directed by Ken Ghosh, is all gruesome, grim, ghoulish and more. The eight-part crime thriller ratchets up the intensity of the jobs assigned to Special Task Force police officer Abhay Pratap Singh, played with admirable composure by Kunal Kemmu.

The story, despite the many deviations that the invincible cop is forced into in the line of duty and as a single father to a troubled pre-teen boy, is compelling enough not to lapse into an overly-plotted grind. We already know what the super cop is capable of - he is always a step ahead of the twisted criminal minds he is charged with taming.

There is much more than just crime that Abhay is now required to crack down on. His own life is a mess and his past is about to slow him down because he cannot get the setbacks that he has suffered off his mind. In his third coming, Abhay Pratap Singh, is both the hunter and the hunted, which makes him more intriguing than ever.

The women in Abhay 3, barring policewoman Khusboo (Nidhi Singh), have little to do. The journalist played by Asha Negi is relegated to relative insignificance and Elnaaz Norouzi's character, Officer Natasha, now dead and gone, surfaces only in the hero's recurring nightmares. One of criminals Abhay confronts is a woman but she vanishes from the scene early in the plot.

The narrative takes a bit of time to get the initial skirmishes, which include the capture of a suspected serial killer from the man's own wedding procession, out of the way. Once the tale, nimble if not exactly quicksilver, gathers the requisite pace and power, it makes its way forward at a reasonable clip.

The titular Lucknow cop, who stops at nothing in his attempts to outwit the dangerous criminals that he takes on, returns to battle psychopaths, serial killers, a feral creature on the rampage, and an enigmatic cult leader who hates the cycle of life and death that mankind is trapped in and holds out to his unquestioning flock the promise of a false dawn.

The personal and the professional intermingle as Abhay turns his attention to five unsolved highway murder cases only to find himself drawn into a direct confrontation with a mysterious force unlike any he has encountered before.

In one particular case of homicide investigated by junior police officer Khusboo (Nidhi Singh), Abhay himself is a suspect. His son, Saahil (Pratyaksh Panwar), a boy gripped by dark thoughts in a boarding school where nothing goes right for him, is pulled in an uncertain and fraught direction.

The third season of the crime series, written by Sudhanshu Sharma, Deepak Das, Shrinivas Abrol and Shubham Sharma, like the past two, is Kunal Kemmu's show. He sails through with effortless ease, carving out a brooding sleuth who is haunted by his past as much as he is hobbled by his propensity to resort to extra-legal means, whenever necessary, to get his job done.

The lead actor's dominant place in the plot faces stiff competition in the form of the redoubtable Vijay Raaz, cast as Anant, a sociopath who unleashes terror in Lucknow and Delhi. He embodies just the sort of antagonist that Abhay Pratap Singh deserves.

Abhay 3 opens with Anant's resonant and sepulchral voice articulating a philosophy that celebrates the embrace of death because it hinges on the belief that the termination of life is the only means of escape from the mental and physical pain of human existence.

Mrityu nahi, mukti milegi (Not death but liberation), Anant and his murderous acolytes say when they set out to kill. Their victims, some carefully targeted, others completely random, obviously have no say in the matter. Death is dished out to them in the garb of deliverance.

In a scene with each the opening episode of Abhay 3 ends, a woman (Vidya Malvade in an extended special appearance) throws an infant off a terrace in a sacrificial ritual performed at the behest of the self-appointed arbiter who controls the lives - and deaths - of his followers. Jeevan ka uddeshya sukh nahin sukoon hai (The goal of life isn't happiness but peace), spouts the messenger of death.

The actions of the cult leader's followers in Lucknow and Delhi leave a bloody trail - and an infinity sign drawn at each of the crime scenes. The body count is inevitably higher than before because Abhay 3 revolves not only around fresh fatalities but also around remains of bodies exhumed from decades-old mass graves.

The story goes as far as 37 years into the past - it is the starting point of a wait for a comet to appear in the sky and signal a festival of death - and traces the source of the conflicting obsessions with annihilation and eternity that drive the deeds of the prophet of doom who stands in the way of SSP Abhay Pratap Singh.

Anant keeps returning all through the eight parts of the season, both in person and as a voice that holds forth on the futility of life. Ironically, the claptrap the devil mouths, thanks to the timbre of Vijay Raaz's voice, adds gravitas to the story. His presence and what it represents might not be easy to grasp at times. But the ominously mystifying nature of his single-minded pursuit of liberation significantly enhances the aura of the character.

Abhay 3 is passably gripping even when it strays into zones of uncertainty where sequential clarity and psychological depth are at a premium. Before Abhay's final clash with the mighty Anant (Raaz), an apostle of Mrityu (Death), he has to deal with an errant NRI social media star Harleen (Divya Agarwal) and her boyfriend Kabir (Tanuj Virwani), besides a savage marauder who has 'fled' Anant's mental asylum and a sharpshooter (Rahul Dev) who dwells in a hut in the middle of a forest but comes out to hunt in the city.

The multiple strands of Abhay 3, uneven as they are, hold their course all the way to an intriguing climax. Aided by Kunal Kemmu and Vijay Raaz's solid performances, it translates into another eminently watchable season.