Aamir Khan: Working With Sanjay Dutt in PK Was a Memorable Experience 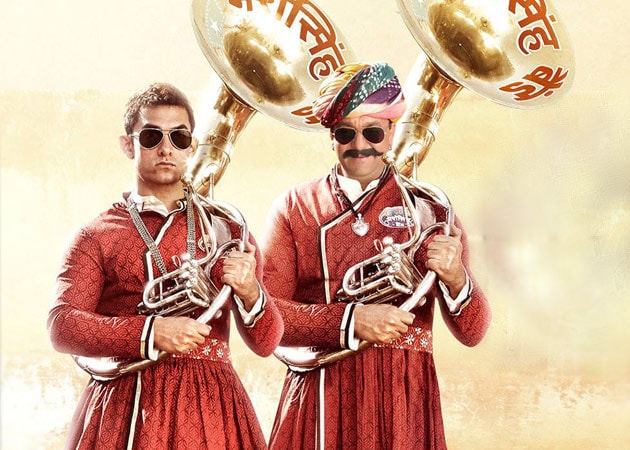 Bollywood star Aamir Khan, who will be sharing screen with Sanjay Dutt for the first time in PK, says the actor made him feel very secure and relaxed on the sets of the Rajkumar Hirani-helmed film.

Sanjay Dutt, 55, will essay the role of Aamir's friend Bhairo Singh in the film.

"I had an amazing time working with Sanju. I felt very secure and relaxed around him. He is like an elder brother and I really enjoyed the time we spent on sets. I admire the warmth and love in him. It was a memorable experience working with him," Aamir said during the launch of the first song from PK titled 'Tharki Chokro' here last evening.

The 49-year-old actor said that he and the whole team of PK are trying to organise a special screening for Sanjay Dutt, who is currently housed inside the Yerwada Central Jail in Pune.

"We want to have a screening for Sanjay, both me and Raju are trying to officially get permission from authorities. If they permit us then we will be very happy," he said.

PK is the second collaboration between Aamir and Rajkumar Hirani. The duo previously worked together in 2009 blockbuster 3 Idiots.

When asked why he took up PK, Aamir said, "I loved the script and Raju is one of my favourite directors. So I was very excited to work with him once again. And also the character was very intriguing. It was the most challenging role I have done in my 25-year-long career."

In the teasers of the film, Aamir speaks Bhojpuri and the actor says he had hired a coach to help him perfect the language. "I speak Bhojpuri throughout the film. It was a challenge for me. I had a coach named Shanti Bhushan, who phonetically taught me the language. I had rehearsed my lines for 2-3 months," Aamir said.

The Dil Chahta Hai actor said that for the first time in his career his rehearsals did not help while shooting PK as he would end up doing the scenes very differently from what he had planned.

"Whatever I had planned for the scene as an actor, all the rehearsals went in vain because when I went to shoot it was completely different. And it happened many times and both me and Raju loved it," Aamir said.

The film will hit theatres on December 19.