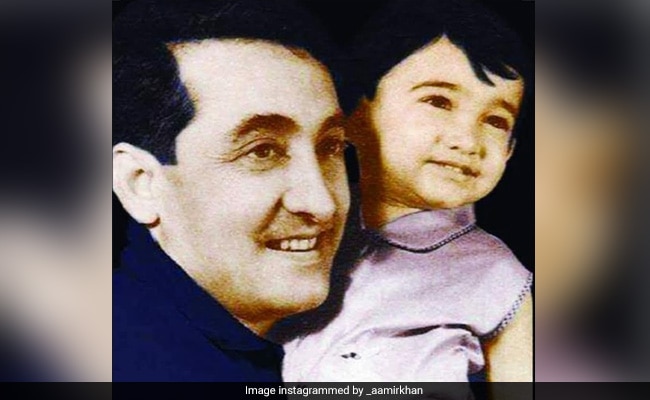 Aamir Khan might be a social media recluse on most days but on some occasions, the actor shares special posts on social media. The reason we brought this up today is because on Sunday, the actor managed to scoop some time out of his busy schedule and paid tribute to his late father and filmmaker Tahir Hussain on his death anniversary. The 54-year-old actor shared a set of priceless throwback pictures on social media and wrote: "Remembering my father." In one of the pictures, little Aamir Khan can be seen curled up in his father's arms. In another photograph, which also features Aamir's mother Zeenat Hussain, little Aamir can be seen posing for the camera, held in his father's arms. Tahir Hussain directed Aamir for the first and the only time in the 1990 film Tum Mere Ho.

A few days ago, Aamir Khan trended big time after he thanked Akshay Kumar for changing the date of his film Bachchan Pandey, in order to avoid clash with Laal Singh Chaddha. "Sometimes all it takes is one conversation. Thank you to my friends Akshay Kumar and Sajid Nadiadwala for their warm gesture of moving the release date of their film Bachchan Pandey at my request. I wish them the very best for their film. Looking forward to it. Love," tweeted Aamir Khan.

Sometimes all it takes is one conversation. Thank you to my friends @akshaykumar & Sajid Nadiadwala for their warm gesture of moving the release date of their film Bachchan Pandey at my request. I wish them the very best for their film. Looking forward to it.
Love.
a

Aamir Khan will next be seen in Laal Singh Chaddha, which is a remake of the 1994 film Forrest Gump, which featured Tom Hanks in the lead role. The film will be directed by Secret Superstar director Advait Chandan and it will be written by Atul Kulkarni. Laal Singh Chaddha will collaboratively be produced by Aamir Khan Productions and Viacom 18 Motion Pictures and it will also feature Kareena Kapoor and Mona Singh.