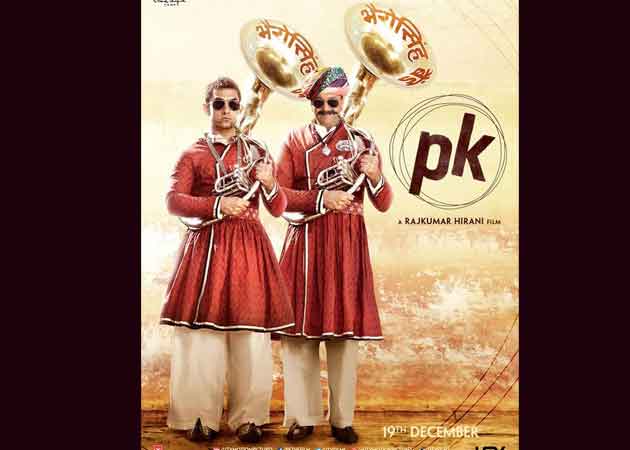 Aamir and Sanjay in a poster from PK

Actor Aamir Khan who on Thursday unveiled the teaser of his upcoming movie PK said he was planning a special screening of the film for fellow actor Sanjay Dutt who is currently in jail.

Sanjay Dutt has a prominent role in PK.

On the tussle over release dates, Aamir Khan said, "I think we all actors, Salman (Khan), Hrithik (Roshan), Ajay (Devgn) don't release our films on the same date. We want each and every film to do well."

Anushka said her look would be very different in the film.

"I am extremely excited about this film and I have a new look in the film. I have been getting lots of compliments for the new hairstyle. People are liking it."

Promoted
Listen to the latest songs, only on JioSaavn.com
Aamir Khan also said that content was the backbone of his new film.

"Content is the backbone of PK. But with this film, we have worked a lot on our posters."