Pierce Brosnan and Daniel Craig endorsed the idea of a woman playing 007 but executive producer Barbara Broccoli has insisted that "Bond is male." 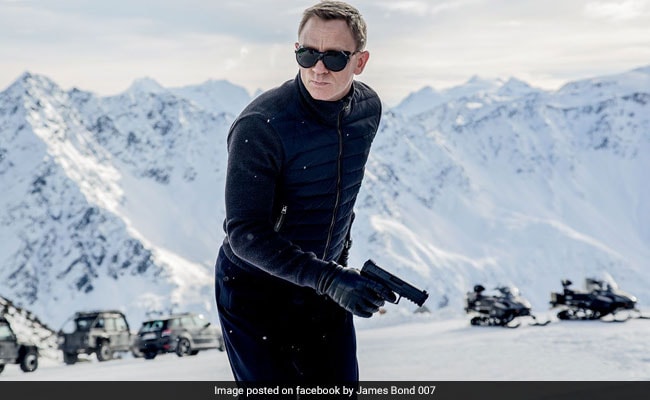 The James Bond franchise's less-than-progressive portrayals of women, who are often relegated to the role of love interests and femme fatales, have for years led a faction of fans to clamor for a woman (or really, anyone who is not a white man) to take over the part.

And now, two James Bonds are saying it's time for a casting shake-up. In separate interviews at two film festivals this weekend, Pierce Brosnan and Daniel Craig endorsed the idea of a woman taking the helm of the storied spy franchise.

Today's reigning Bond, Craig, told Variety in an interview this weekend that "of course" the iconic spy could be played by a woman in the future. Craig made his remarks while promoting the Agatha Christie-esque murder mystery Knives Out at the Toronto International Film Festival, and jokingly endorsed his co-star Jamie Lee Curtis for the role.

Across the Atlantic at the Deauville American Film Festival in France, former 007 Pierce Brosnan wholeheartedly endorsed the idea of a woman playing Bond to the Hollywood Reporter.

"I think we've watched the guys do it for the last 40 years, get out of the way, guys, and put a woman up there," said Brosnan, who played the super spy in four films: The World Is Not Enough, Tomorrow Never Dies, GoldenEye and Die Another Day. "I think it would be exhilarating, it would be exciting."

However, Brosnan conceded that a female James Bond was unlikely, given executive producer Barbara Broccoli's insistence that "Bond is male."

Brosnan told THR that, "I don't think that is going to happen under their watch."

That doesn't mean the franchise isn't evolving, however. There have been rumors that the upcoming James Bond film No Time to Die would feature actress Lashana Lynch taking over the code name of 007 even though Craig will still play the famous spy.

However, some fans might not enjoy all of Brosnan's remarks to the trade publication.

While Brosnan told THR that the franchise would need to change its approach to female characters because "the #MeToo movement has been relevant and significant and well needed in our society," he also praised the directing talent of Roman Polanski and Woody Allen, both of whom have been accused of sexually assaulting minors.

Brosnan was asked about Polanski, who was awarded the Venice Film Festival's highest honor this week despite his conviction for raping a 13-year-old girl in the 1970s, because he had worked with the director on 2010's The Ghost Writer.

THR reports that Brosnan dismissed questions about Polanski's appearance at Venice, saying, "Mr Polanski and I have worked together, he's a brilliant filmmaker and so is Woody Allen. We celebrate them as filmmakers."