A Throwback From The "Second And Third Era Of MTV VJs." Can You Name Them All?

"I don't know which year this was but I know it's been well over a decade since I've pulled a face like that," wrote one of VJs 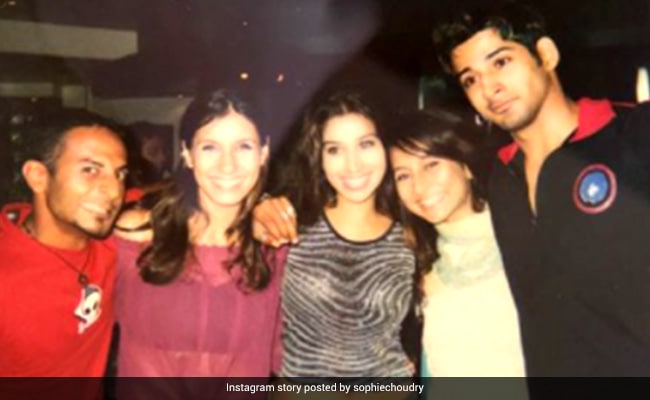 This picture, right here, is throwback gold. Anyone who has grown up watching MTV will instantly recognise these faces. If not, we are here to help. This picture was originally shared by singer-model (and obviously) former VJ Sophie Choudry. Tagging Nikhil Chinapa, Anusha Dandekar, Ramona Arena and Vivan Bhathena in her Instagram story, Sophie wrote in her caption: "Now that's a throwback. Hi you guys!" We couldn't agree more, Sophie. Nikhil Chinapa too posted the same picture on his Instagram profile and he captioned it: "A TBT! Some of MTV India's VJs from the second and third era of MTV's VJ-hunt." Nikhil Chinapa added that he isn't too sure about when the picture was taken. He added: "I don't know which year this was but I know it's been well over a decade since I've pulled a face like that."

Sophie Choudry hosted MTV Loveline. She later featured in films like Pyaar Ke Side Effects, Money Hai Toh Honey Hai, Aa Dekhen Zara and Once Upon A Time In Mumbai Dobaara among others. She also participated in reality TV show Jhalak Dikhhla Jaa 7.

Anusha Dandekar stepped into the Indian entertainment industry with the TV show MTV Dance Crew. Anusha has hosted shows like MTV Teen Divas, India's Next Top Model, Rock On, Love School and MTV Supermodel Of The Year among others. She has also starred in films like Delhi Belly, Viruddh, Mumbai Matinee, to name a few.